isn't this the headline to be used for John Lennon biogs ?

The author JG Ballard, whose controversial book Crash involved people getting sexually aroused by real road accidents, secretly beat his own girlfriend and spoke about driving a car into her face, according to a new book.

The claims are made in a biography by John Baxter about the cult novelist, who died of cancer in 2009.
The Inner Man: The Life of JG Ballard suggests a link between Ballard's fictionalised violence in his books and his own life. His book Crash had such a cult following that it was later turned into a movie.

Baxter, who started a career in the 1960s as a science fiction author, writes about Ballard's relationship with his former girlfriend, Claire Walsh and claims the author enjoyed 'unconventional sex'.

Claire worked in publishing and first met Ballard after the death of his wife, Mary.
Their relationship lasted 40 years and Baxter claims that Claire often turned up to parties with dark glasses in an effort to try and hide bruising.
Another revelation in the book claims that Ballard once took hold of Claire's face while proclaiming to author Charles Platt that he planned to stage a car crash with Claire as the star.
Ballard placed his palms on her cheeks and said: 'Look at this beautiful face. Can't you just imagine that shape of a radiator grille superimposed.'
His alleged abuse of Claire became such a problem that he even fell out with sci-fi novelist Michael Moorcock.

It is believed Claire arrived at a party at Moorcock's house and claimed that she had been pushed out of a car following an argument with Ballard.
Furious, Moorcock eventually confronted Ballard about the alleged abuse but Ballard didn't respond. The argument ended their friendship.
The book also talks about how Ballard remained at his marital home where he brought up his three children throughout their entire relationship.

Only when he developed Cancer did Ballard move in to Claire's Shepherd Bush home in West London so she could nurse him.
The couple briefly broke up in the 1970s when he had an affair with Emma Tennant, daughter of the novelist Lord Glenconner.

Miss Tennant told the Sunday Times that there was never any hint of violence during their brief fling.
'He was always extremely affectionate and old-fashioned in his ways. Never any hint of any violence,' said Ms Tennant.
Claire would not comment on the accusations, only saying they were 'bizarre'.
However, she did say that Baxter had approached Ballard before he died and had asked him if he could write his biography, but had been rejected.
In his own autobiography, Ballard described Claire as 'passionate, principled, argumentative and loyal.'

The Inner Man: The Life of JG Ballard is to be published by Weidenfeld and Nicolson.

To many people, J.G. Ballard will always be the schoolboy in Steven Spielberg's movie Empire of the Sun, struggling to survive as an internee of the Japanese during World War II. Others remember him as the author of Crash, a meditation on the eroticism of the automobile and the liebstod of the car crash. The book he styled 'the first pornographic novel about science' dramatised the reality behind his formula for the twenty-first century - 'Technology x sex = the future'. It too became a film, and a cause celebre for its frank depiction of a fetish which, as this book reveals, was no literary conceit but a lifelong preoccupation. Uniquely among his contemporaries, Ballard understood and exploited the language of advertising and promotion. Because of him, the term 'inner space' and phrases like 'the only alien planet is Earth' passed into the language. So did the adjective 'Ballardian' - 'resembling or suggestive of the conditions described in Ballard's novels and stories, esp. dystopian modernity, bleak man-made landscapes and the psychological effects of technological, social or environmental developments'. In this first biography, John Baxter draws on an admiration of and acquaintance with Ballard that began when they were writers for the same 1960s science fiction magazines. With the help of the few people whom he admitted to his often hermit-like existence, it illuminates the troubled reality behind the urbane and amiable facade of a man who was proud to describe himself as 'psychpathic'. 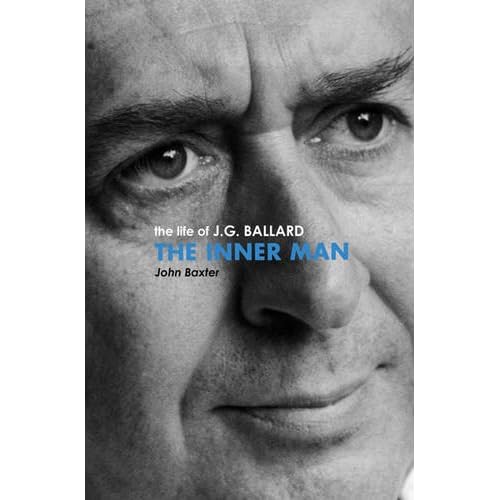