Imprisoned activist and former Army intelligence analyst Chelsea Manning attempted suicide on Wednesday in the Alexandria, Virginia, jail where she’s been held for a year following her refusal to testify before a federal grand jury investigating WikiLeaks.

Manning’s legal team confirmed the incident in an statement to Gizmodo. She is currently in the hospital and is recovering, they said. Manning was scheduled to appear before a judge on Friday regarding a motion to terminate the sanctions she’s faced for refusing to testify. 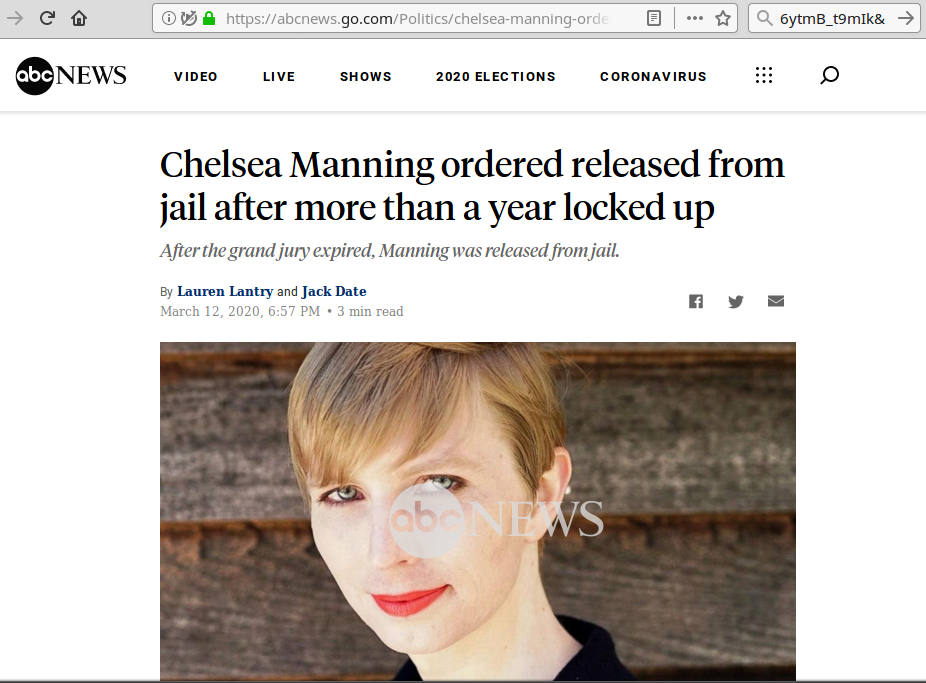 further... Her drastic and personally devastating and immoral fine has been raised but, She has another GoFundMe for living expenses

https://twitter.com/anarchakelly/status/1238977157864599553
If Barthes can forgive me, “What the public wants is the image of passion Justice, not passion Justice itself.”