^^Blood music is definitely worth a reread. I recently did so and enjoyed it just as much as the first time. It has a very intriguing take on the nature of reality and the laws that govern it. I also enjoyed Psychlone, but remember it as more of a pulpy scifi/horror story and not the more in-depth, thoughtful stuff he put out later, but I might just stick it in my to-read pile again. Just have to get through the latest Peter F. Hamilton thousand-pager first.

The one book of his that I've been struggling with is Queen of Angels, which supposedly is his masterpiece, but it's a really hard read at times. I've tried a few times but always got sidetracked by other, more immediately fun books.

His books are very hit and miss to me. I either absolutely love them or they're a chore to get through. Same thing with Stephen Baxter, who writes similar books.
"I only read American. I want my fantasy pure." - Dave

The octopus is one of the most bizarre life forms on Earth – one of the smartest, most interesting, and most alien. It can camouflage itself in a flash, squeeze its entire body through a one-inch hole, and use their brains (yes, it has nine of them) to think and play. Chip Reid visits scientists at New England Aquarium in Boston, and the Marine Biological Laboratory in Woods Hole, Mass., and talks with Sy Montgomery, author of "The Soul of an Octopus," about these curious creatures…

I haven’t watched the video, nor read any of his books, but discovered Hoffman was interesting… when I (coincidentally) posted a 'Ted Talk’ in a literally alliterate…'whatever'.

Cognitive scientist Donald Hoffman is trying to answer a big question: Do we experience the world as it really is ... or as we need it to be? In this ever so slightly mind-blowing talk, he ponders how our minds construct reality for us.

Questioning consciousness, I’ll toss in some tidings from another discussion in which the professor explained some stuff that sorta related to something similar (related to media) I was also exploring at the time:

Perhaps reality is some vast interacting network of conscious agents, simple and complex, that cause each other’s conscious experiences… Here’s the point: Once we let go of our massively intuitive, but massively false assumption of the nature of reality, it opens up new ways to think about life’s greatest mystery… Dare to recognize that perception is not about seeing truth, it’s about having kids.

What we have is one theory that turned out to be false, that perception is like reality and reality is like perceptions. Okay, thrown that theory away. That doesn’t stop us from now postulating all sorts of other theories about the nature of reality, so it’s actually progress to recognize that one of our theories was false. So, science continues as normal, there’s no problem there.

Bertrand Russell, the very famous logician and philosopher, was one of the first to propose this kind of thing. He pointed out that the laws of physics are quite good at describing what matter does. But, they don’t tell us what matter is - intrinsically. So he proposed, and others as well, that maybe what matter is intrinsically is conscious experiences. And it’s an interesting philosophical idea, but… it has never been turned into science. So, panpsychism is a philosophical stance, and an interesting one. But, no one has been able to turn it into a mathematically precise scientific theory. So as a scientist there’s nothing on the table for me. And, most versions of it are as you say, dualists. And most scientists are not on board with dualism.

State of the art physicists, like Nima Arkani-Hamed at the Institute for Advanced Study of Physics at Princeton, they are saying, ’Look, when you’re trying to bring general relativity and quantum field theory, the standard model of physics together into some Theory of Everything or Unified Theory, we’re finding that we’re going to have to let go of Space-Time, that physics for the last three centuries has been about what happens inside Space and Time, and now we’re going to have to let go of Space-Time: It’s not fundamental. There’s something else that’s more fundamental from which Space-Time arises as an emergent concept or property.’

They don’t know what that deeper thing is. He’s dealing with something… that he calls the Amplituhedron…


I’ve been involved in artificial intelligence since 1979, when I went to the AI Lab at MIT, and I’ve been very interested in it… of course we can make them smart, they are beating us at all sorts of stuff now, so that’s not an issue. The issue is, Could they actually have genuine experiences?, Could an AI feel love?, Could it taste vanilla and actually enjoy the taste of vanilla?, Could silicon circuits and software do that?

Most of my colleagues think yes. They think that somehow programs, sophisticated programs, are in fact what consciousness is… although they can’t tell me the program and they can’t say, so… it’s just an idea right now, a philosophical idea. There is no scientific theory on the table; but, in general, what they’re saying is that, somehow, with these unconscious circuits and unconscious software, we will boot up real conscious experiences.

I’m saying that’s the wrong way to think about the problem. We’re assuming that circuits in space and time are objective reality. But, in fact, that’s just a user interface; and we know that our user interfaces, as you said, gives us portals into consciousness.

My icon of Zuben Damania (the interviewer) has given me a portal into the experiences of Zuben Damania; a very, very small portal, but a genuine portal. So, for me then, the question is this: Once we understand the realm of conscious agents with mathematical precision, and we understand the mapping between conscious agents, and their dynamics, and their space-time interface, so that we understand it well enough to hack it, we’ll be able to open new portals in our space-time interface, into the realm of conscious agents, perhaps using technologies like silicon and circuits and software.

Will we be able to understand that technology in a deeper way that allows us to open portals into this pre-exiting realm of conscious agents?

For what it’s worth, I think the answer is yes; and I say that with both excitement and trepidation - because that’s unbelievable power, and it’s not clear what we’re going to meet on the other side. We don’t know if all those conscious agents out there are nice. I just don’t know.

What are conscious agents according to Donald Hoffman's theory?

In his paper with C. Prakash, “Objects of consciousness,” Frontiers in Psychology, 2014. Hoffman provides a precise mathematical definition of a conscious agent in terms of a set of experiential states X, a set of actions G, and maps that relate these to each other and to states of an objective world W (which itself is composed of conscious agents). The maps can be understood as defining the structure of perception P, decision D, and action A. Based on this definition, he constructs models of interacting conscious agents and derives predictions from those models. 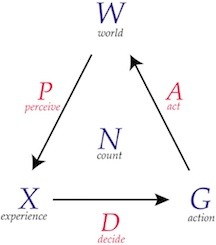 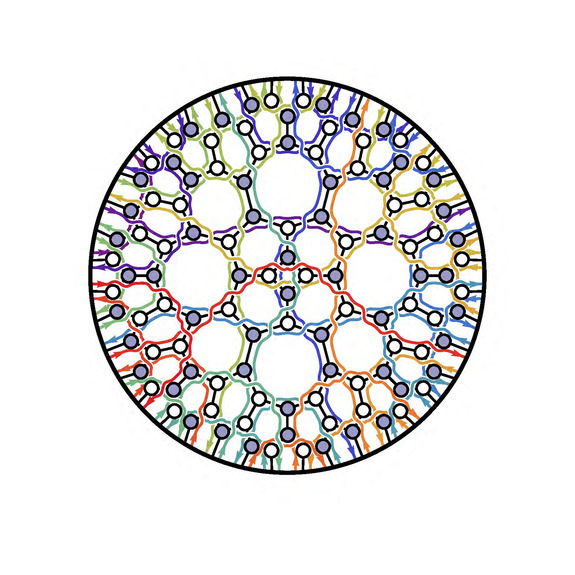 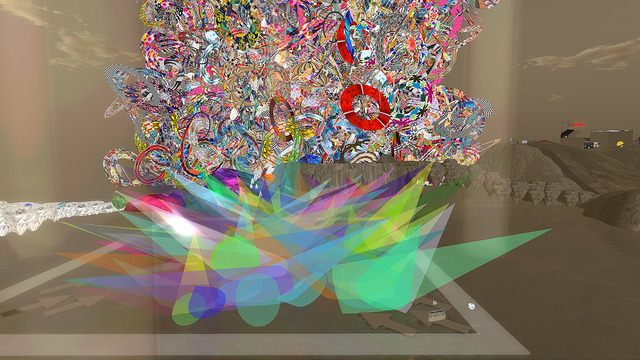 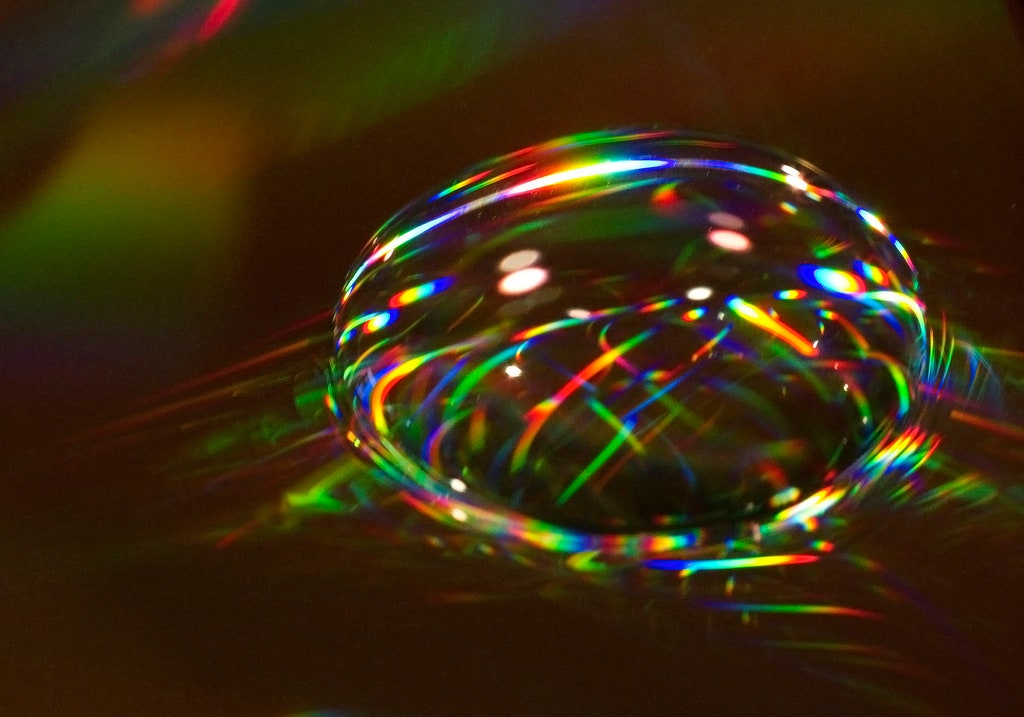 Has anyone posted Thomas C's MBT (my big toe)?
If Barthes can forgive me, “What the public wants is the image of passion Justice, not passion Justice itself.”

Users browsing this forum: No registered users and 12 guests