Thanks for the explanation Sounder, your intial comment was baffling to me.
And while we spoke of many things, fools and kings
This he said to me
"The greatest thing
You'll ever learn
Is just to love
And be loved
In return"

I think risks (and what happens, generally, including whether a life becomes "happy" or is devoted to the good or to doing the right things) are determined by factors other than whether or not one assigns a particular meaning to life as a whole, or classifies it as meaningless.
We meet at the borders of our being, we dream something of each others reality. - Harvey of R.I. 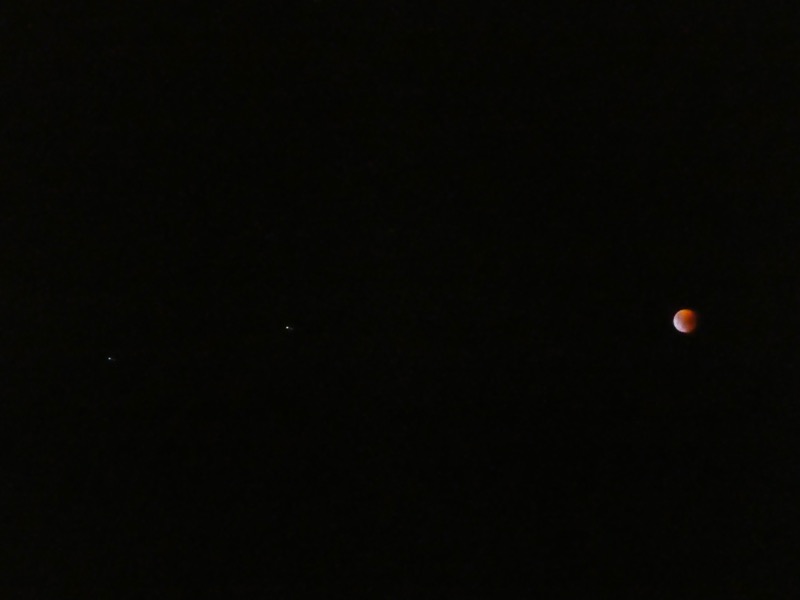 And there shall be signs in the sun, and in the moon, and in the stars; and upon the earth distress of nations, with perplexity; the sea and the waves roaring; Men's hearts failing them for fear, and for looking after those things which are coming on the earth: for the powers of heaven shall be shaken. - Book of Luke

Absolute freedom is the right of the strongest to dominate - Camus

This is our malady, I deserve or we deserve sanctity...you and yours deserve to suffer. Compassion negates evil. There is no heaven until there is no hell. Hell, your soaking in it. Hell is where care is forsaken. Who is strong that won't look after the feeble? Praise the C A R E providers. Better still, be one.

Still hate that rotten book, but even a broken clock is right twice a day. Blessed be the world drowner. Cover my sins in tears.

Communion comes in more forms than only sacred bread and wine.

Grizzly » Thu Apr 16, 2020 1:31 pm wrote:I like to thing our robot creators are so devoid of emotion that they run our universe as a simulation to experience love ...

I prefer the more ancient concept of the uninitiated living in the world of maya to that of living in a simulation, but it still works for me so long as one realizes that both imply a state of mind.yet to reach its potential.
Ben D

What I said about Camus was more an observation than a judgement. I couldn't find a reference but IIRC Camus wrote many pages every day.

These words were meant to speak to Donald Hoffmans ideas about conscious agents and improving the quality of information.


From chapter 5; A Body of Broken Bones by Thomas Merton

...As long as we are on earth, the love that unites us will bring us suffering by our very contact with one another, because love is the resetting of a body of broken bones. Even saints cannot live with saints on this earth without some anguish, without some pain at the differences between them.

There are two things which men can do about the pain of disunion with other men. They can love or they can hate.

Hatred recoils at the sacrifice and the sorrow that are the price of this resetting of bones. It refuses the pain of reunion. It identifies the agony with the other men whose presence cause agony in us by reminding us of our disunion.

Hatred tries to cure disunion by annihilating those who are not united with us. It seeks peace by elimination of everybody but ourselves. But love by its acceptance of the pain of reunion, begins to heal all wounds....

All these things will continue as long as coercion remains a central element of our mentality.

^ From chapter 5; A Body of Broken Bones by Thomas Merton

There are two things which men can do about the pain of disunion with other men. They can love or they can hate.

I am reminded of this, imho, wisdom from Chien-chih Seng-ts'an, Third Zen Patriarch [606AD]

The Great Way is not difficult for those who have no preferences.
When love and hate are both absent everything becomes clear and undisguised.
Make the smallest distinction, however, and heaven and earth are set infinitely apart.
If you wish to see the truth then hold no opinions for or against anything.
To set up what you like against what you dislike is the disease of the mind.
Ben D

The Great Way is not difficult for those who have no preferences.
When love and hate are both absent everything becomes clear and undisguised.
Make the smallest distinction, however, and heaven and earth are set infinitely apart.
If you wish to see the truth then hold no opinions for or against anything.
To set up what you like against what you dislike is the disease of the mind.

To hide the apparent and manifest what is hidden is called the Great Way.
How does one know what to hide and what to make manifest? Apply it to everything, without discrimination. Then it is not difficult.

Everything becomes clear and undisguised. Clear, because what is apparent becomes transparent. Undisguised, because what was hidden can be seen, manifested through what is clear.

It's all just a lesson in psychology.

How do you feel?

I feel warm in the sun, and cool in the shade! haha

How to phrase it in a way that my editor won't erase. I feel amused by my editor, that's one feeling. We get along famously, my editor and I.

Is there a feeling of understanding where everyone is coming from, with no caveats, no 'buts.' I think it would be a pretty awesome feeling. Come hand in hand with a feeling of amazement, wonder.

How about a feeling like you put a lot of effort into preparing a meal, and it came out beautifully. So not an 'I'm done,' burnt, cooked. Ready to be enjoyed, savored. Another good feeling.

Who is the meal for, though? Not the three-eyed Venusians, this isn't an episode of the Twilight Zone. And not all mankind, this isn't the last supper. Anyway, mankind's palette isn't refined enough to appreciate the subtler flavors of this meal. The meal is for someone else. A distinguished guest, maybe.

So you're waiting for the distinguished guest to arrive, with a feeling of anticipation. As you're waiting, you receive a text. "Running late. Looking forward to the meal. See you soon. Love, Anticipation."

What a strange feeling that would be.

One more feeling. Feeling like you sailed through a storm, now you're on another shore, none the worse for wear. You can tell that it isn't a shore on Mars, you know what Martian shores look like. When people sail to Mars, they take their problems with them. And you can see that it isn't a future shore. Something about the topographical features makes it very different.

As lessons in psychology go, a lot depends on which psychological framework you choose. Today I'm thinking about Henry Corbin's essay/commentary on Jung's 'Answer to Job.' Jung wrote to Corbin expressing his appreciation of it. The essay can be found in the second section of a book published fairly recently, titled 'Jung, Buddhism, and the Incarnation of Sophia.'
Both his words and manner of speech seemed at first totally unfamiliar to me, and yet somehow they stirred memories - as an actor might be stirred by the forgotten lines of some role he had played far away and long ago.

There's a hawk that's been coming around here recently. When he lands, resident blue jay starts in, beeping like a car alarm.

First impression is that jay is just being territorial. But jay and the hawk have appetites that don't overlap. And jay doesn't get territorial with any of the other birds that hang around.

Maybe something else is going on. It almost seems as if blue jay is announcing the hawk's presence, like he's the herald of the hawk.

Maybe jay is enamored when he sees the hawk. Jay is a decent sized bird, but hawk is five, ten times his size. Jay is like, damn, you are a lot of bird, hawk. Hawk just totally captures jay's attention, it's all he can think about.

Or is it like a celebrity thing. Jay is like, holy shit, hawk is here! Hawk, what's up? Man, I think you're awesome!

After hawk has been sitting for a while, jay starts doing some swoops around him. Again, is it territorial? Or is it like a moth to a flame thing. Jay just can't help himself. Like when the celebrity walks by, and a fan can't help reaching out to touch them.

Sometimes jay catches hawk's eye during a swoop, or hawk senses jay swooping behind him and reflexively moves his head a little. But these reactions are entirely instinct, he's totally indifferent to jay, not paying any attention to him.

Or at least that's how it seems. Hawk does look a bit proud. Like, yeah, that's right jay, check me out. Although hawk always looks a bit proud. So it might just be that.

After hawk is satisfied, that everything worth eating around here isn't going to come out of hiding, I guess, he flies off to his next stop to see if there's any chipmunk, squirrel, baby groundhog or whatever on the menu over there. And bluejay goes back to digging in the grass for ants and worms.
Both his words and manner of speech seemed at first totally unfamiliar to me, and yet somehow they stirred memories - as an actor might be stirred by the forgotten lines of some role he had played far away and long ago.

Those that are delivered unto hell


Those delivered unto heaven

Is time counting down, or adding up. Or is it a management tool for keeping track, 'marking the passage.' Or something else. All of the above, none of the above.

Obviously we put the numbers on the calendar and clock adding up. And start at birth and add up for age. But we also count down for blast off, or how many days until christmas or the weekend, or space alien arrival days.

Adding up feels like progress, but then there's the imagined weight of all the time that has passed. Counting down feels morbid, like one less heartbeat, one less breath, but there's the building expectation. All very exciting.

And what about marking the passage. How many trips around the sun, how many rotations of the earth. Counting up is the convention, but it isn't counting up to anything. I don't know, that seems pretty dull. Who would be that boring.

I'm purposefully leaving out the consideration that maybe time is running backwards. Because if it is, so are we, so it would seem forward to us. Therefore it doesn't matter.

And we won't discuss if time were something else, or someone else entirely. Up or down, forwards or backwards, that's our acceptable parameters. But if you do by chance happen to see the sun rising in the west, you should know that time isn't going backwards, what you're seeing is something else. Another, different sun.
Both his words and manner of speech seemed at first totally unfamiliar to me, and yet somehow they stirred memories - as an actor might be stirred by the forgotten lines of some role he had played far away and long ago.

Not my
Ben D

Which came first, the computer or the man?

Users browsing this forum: No registered users and 20 guests