My wife got me a cool gift for Christmas. Every issue of Rolling Stone from May 1967 to May 2007.

I know a few RI readers have a certain interest in a particular issue, number 250 from October 20th 1977, because of the Carl Bernstein “Mockingbird” article that it contains. So, I went ahead and made a pdf file of that issue. The thing is; I could have made a pdf file of just that article, but then it really wouldn’t be ‘in context” would it?

I mean, the really cool thing is being able to see the CIA article in the context of the times. The ads for Optonica turntables, and record reviews of Alan Parsons latest opus, “I, Robot”.

Since it's under 50 megs, hosting it at http://www.rapidshare.de should work. You upload the file, and they give you a download link. I've used it for customized cell phone ROMs in the past with no problem (yeah I'm THAT kind of geek - I like stripping carrier info out of my phone).

That or make a torrent and share the link here.

AlanStrangis wrote:Since it's under 50 megs, hosting it at http://www.rapidshare.de should work. That or make a torrent and share the link here.

i'll look into that, Alan, thanks.

ok, here is the link:

please let me know of any problems regarding downloading or reading the pdf file.

Ian, how would you feel about me spreading that link around? In other words, posting it to other forums, blogs and boards? It may happen anyway, cause thats the nature of the net, however, I felt obligated to ask...

I would have done this sooner, but I couldn’t figure out how to export an issue as a pdf. I had to take the software to a friend of mine who is a graphic designer, he knows a lot about Adobe Acrobat and he helped me. Anyway, hopefully Bondi and Rolling Stone will consider this free advertising. The software is really cool and in my opinion it is worth purchasing the whole thing, especially if your household has four or more people in it.

I am looking forward to printing off some covers and hanging them in a pattern on my wall.

Apparently Hugh has a bit more savvy than Jann, as Playboy is releasing their issues by decade. (see that Hugh? I called you savvy!) So far, only the ‘50s are available. Again, in terms of context, I am looking forward to reading the October 1977 issue of Playboy right alongside the October ’77 issues of Rolling Stone. It will be interesting to see how the advertisements compare/contrast.

I am looking forward to printing off some centerfolds and hanging them in a pattern on my (other) wall.

But think about it
then youll understand

Maybe its a habit
eye gotta use it…

Well above and beyond. Thanks for that.

That is an awesome gift, thank you for taking the time to share!

Can't wait to 'flip' through it! Thanks for putting it up to share!

kicking...been away from the internet for a coupla weeks, ouch, and glad to see this.

Way to go IanEye, you savvy onion you.

I picked up a copy of that 10/20/77 Rolling Stone issue with Carl Bernstein's expose of Operation Mockingbird, too, to make sure the online pixels were accurate.
Try Ebay. Although the fans of the Sex Pistols on the cover are buying, too.

"Mainstream media" = CIA stability operations per Pentagon doctrine used to occupy the USA.
MKULTRA and COINTELPRO are built into the media. Right in our faces in plain sight.
CIA runs mainstream media since WWII:
news rooms, movies/TV, publishing
...
Disney is CIA for kidz!

How come I enjoy smoking and you don't?

My gratitude to you (and your wife) for the amazing trip down memory lane!

It turns out I wasn't just imagining how horrible mainstream music had become by the time I was eleven. It really was that bad.

The Sex Pistols article brought back a flood of memories, it was such a ray of hope at the time.

I remember how excited I was to finally read the whole article in my high school library three years after publication. It somehow wasn't considered appropriate reading material for a child who had already read all the Vonnegut in the house, so I had to make due with snippets at the supermarket.

I used to clip out ads like that Sire Records one on page five to put on my school notebook as an antidote to the prevailing aesthetic (which was more like the dude in the TDK cassette ad on page six.)

thanks for the nostalgia,

annie a.
"O Oysters," said the Carpenter,
"You've had a pleasant run!
Shall we be trotting home again?'
But answer came there none--
And this was scarcely odd, because
They'd eaten every one. 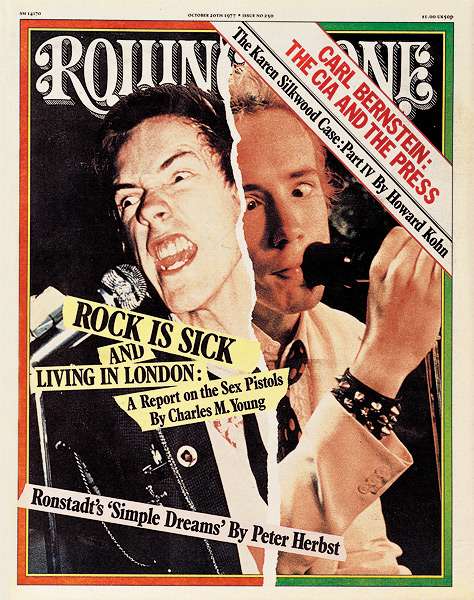 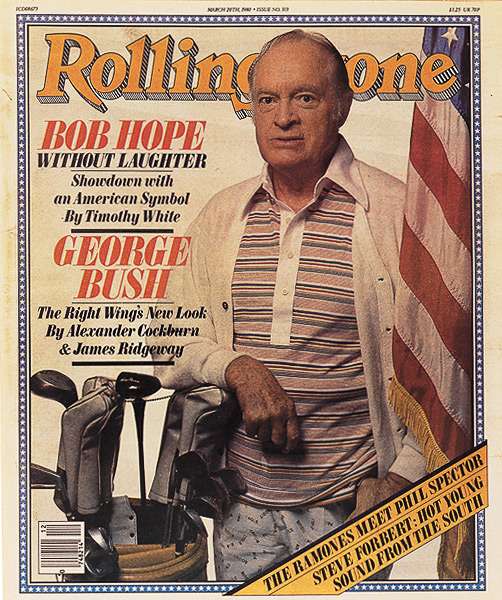 So can we access the Bernstein article for free, or no? That link asks me to pay.

I read somewhere that Pistols issue was the worst selling issue in the magazine's history.