I'd think that given a city that size, accidentally released birthday balloons would not be particularly uncommon. I guess the effect of the one big clump and the many smaller yellow ones added up to something a bit more unusual. Has anyone found out who those people with all the yellow ones were?
By 1964 there were 1.5 million mobile phone users in the US

This is obviously a desperate hoax perpetrated by a desperate Al Gore, who wants that damn cap and trade thing to go through!
"He who wounds the ecosphere literally wounds God" -- Philip K. Dick

Beginning Thursday, October 14 at 11 a.m. CST Alex Jones launched his popular Infowars Moneybomb Fundraiser to expand his movement and help stop what he refers to as the “New World Order.”

Convinced that international leaders, or the “Global Elite” as he calls them, are devising a plan to exterminate 80% of the world’s population, Alex Jones has produced numerous videos, audio blogs, and films to educate the general public of this scheme and eventually rally with him to stop “Operation ENDGAME.”

Infowars is completely donation-driven and does not accept money or support from deep-pocketed corporations. And although his following has tripled in the last few years, the piggy bank is not overflowing with Benjamin’s.

Coincidentally, there was a suspicious silver object hovering the Chelsea skyline yesterday. Onlookers swear it was a UFO sighting, stopping New Yorkers in their tracks for two straight blocks, which is a feat in itself.

"Some people saw something described as yellow with blue lights surrounding [the object]," said FAA spokesman Jim Peters. A few believe the reflective dots they witnessed were weather balloons but Peter claims his agency had no prior knowledge they'd be launched.

The incident begs the question: If you were attempting to raise thousands of dollars to support a conspiracy theory, where better to launch a publicity stunt than one of the most populated cities in the world? And, what better medium to use than another conspiracy?

Mr. Jones, you are either a genius or just plain crazy. Either way, if there are Martians in the background of your live video feed today, we’ll know what’s up.

Alex never plays with the UFOs as far as I've seen, planting this story would seem more plausible though.
By 1964 there were 1.5 million mobile phone users in the US

Alex never plays with the UFOs as far as I've seen, planting this story would seem more plausible though.

He's had David Icke on, don't know about anyone else at the moment


Jones believes 99% of what Icke says

and then there's this on Coast to Coast with Jones

From the YouTube videos I've been able to watch, I haven't seen the NYC UFOs from 10/13 move in any way or pattern like the more convincing videos taken above Mexico City. That doesn't mean the video that shows such movement of the NYC UFOs does or doesn't exist; the footage I saw was too brief and wobbled too much to get an idea of what I was looking at. The still photos in this thread provide better, clearer images.

I did see one video where an eyewitness was looking up and asking if they were balloons. Another spectator said, "Balloons don't stand still, they move," or words to that effect. But without knowing how long that second observer watched the objects, and in what detail, it's just another observation without proof.

There's also reports of luminous UFOs appearing in the NYC night sky on 10/13. If they weren't aircraft, they certainly also weren't balloons.

I was checking out Richard Dolan's (heartbreaking) new site, where the lead article was about the "Bluebeam" predictions for 10-13 and he was expressing bafflement as to where the date came from. I figured everyone knew about Ten Thirteen...I'm re-watching all three seasons of Millennium lately so I see that shit all the time. I figured it was an X-Files in-joke.

As to why Dolan has turned to Stanton Friedman, Jim Marrs and some hollywood pouf named Bryce Zabel, well...that's a whole other Other. Definitely got me sadface, though.

Dolan paid his dues, though...go get that idiot money, buddy, you earned it. Have fun on the other side.

I'd like to point out that it wasn't W Rex who made this connection. It was made several days ago on a blog I know that he reads because he's linked to it before. Please ensure credit is being given where it is due.

Pan -and- ASoF return to us in the same thread. I'm very pleased.

As to the OP and this event -

Unless they're traveling at 5000MPH while dematerializing -and- flashing every color of the rainbow to such effect that everyone watching is instantly hypnotized - in HD, it's simply more Tube fodder. Buzz begets Buzz - and attention whores.
"There are no whole truths: all truths are half-truths. It is trying to treat them as whole truths that plays the devil." ~ A.N. Whitehead

Cosmic Cowbell wrote:Unless they're traveling at 5000MPH while dematerializing -and- flashing every color of the rainbow to such effect that everyone watching is instantly hypnotized - in HD, it's simply more Tube fodder. Buzz begets Buzz - and attention whores.

The blue-uniformed officer in the lab coat scribbles furiously for a moment, then disappears... 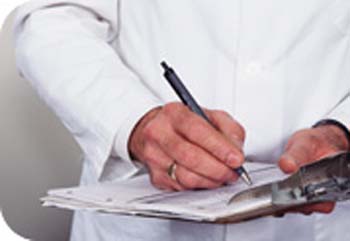 It's true, the whole reason I'm re-watching Millennium is because of Knowles' extensive writing on the subject. But damn, OMH, if I had to provide sources for all my ideas...it's not like I have any of my own, you know? You know.

But for real, everyone should dig around through the Secret Sun archives. He's awesome.

It's hard to imagine this scenario:

Spooks on the ground in the city start hearing the first chatter of UFOs floating over the city, fail to achieve radar confirmation, get visual confirmation, get on the phone with Fulham. Inquiries are made with regards to his channeler, spooks at the field office near Fulham visit him at his home and demand to be taken to meet with the channeler. Fulham arrives at the channeler's shack in the mountains with spooks in tow and they get down with a way-weird DMT-induced freakout session to confirm the presence of extraterrestrials in craft floating over America's cities.

None of that happened. But it's nice to get romantic about this story.
The Rich and the Corporate remain in their hundred-year fever visions of Bolsheviks taking their stuff - JackRiddler

Thanks for the lead on that commercial vk:

EDIT: I see someone else already posted the full vid. Gracias!

I'm sure many here have gone and read Knowles here lately and in the past. I have. But I sometimes forget to check out what he has to say on a regular basis. The above post is extraordinary. Check it, if you haven't yet and report back with your thoughts. That goes for all of you. . .

So far, all the vids have looked like balloons to me.

Which is to say they look nothing like the still image - which someone pointed out looks like it was lifted straight outta that old Star Trek episode.

And as usual, Jack's thinking-out-loud speculation seems as ON a possibility as any offerred so far - though it does remind me a bit of the TV-Fakery-crowd's contentions about planted actor/agents on the streets of NYC being interviewed by the msm.
hello. greetings. hi. howdy. welcome. bonjour. buenas noches. buenos dias. good day.

There's a lot of marketing going on right now that involves tricking people.

I just worked on a pretty huge commercial for a big-ass corporation with right-wing ties that was all about exactly that.
"He who wounds the ecosphere literally wounds God" -- Philip K. Dick