Burnt Hill wrote:I took it more as you should get where slad is coming from after 7 years on the topic.
I share the desire for conversation and explanations but I also don't mind stand alone articles.
In a very true sense the article posted is the discourse, the response then depends on the reader.

Belligerent Savant wrote:Perhaps Burnt Hill can chime in and help translate? He seems to have a direct line to your inner thoughts.

Besides it is the same approach I take to everyone here.
It is my way of understanding and furthering discussion.
I try not to bring preconceived bias to the situation.
Also I like the info both of you provide so I suppose it is an attempt at mediation.

All good, BHill; we're all fellow humans trying to make sense of the heightened levels of hysterics.
Decisions being made under the banner of the US Govt (and other entities, to be sure) are a direct cause for a growing swath of lives lost, while many of the remaining 'witnesses' across the globe experience increased cognitive dissonance -- or otherwise, they find themselves becoming more firmly entrenched in their conditioned belief systems -- as events unfold. We've barely enough time to digest one 'event' before another is thrust upon us.

just because you do not like the way I post ...what I post .....other people here do and are interested ....please try and remember that...you do not speak for everyone here when you criticize me even though you try and make it look that way
Mazars and Deutsche Bank could have ended this nightmare before it started.
They could still get him out of office.
But instead, they want mass death.
Don’t forget that.

.
I don't claim to speak for others. Disliking 'what you post' is a bit of a mischarecterization, as it doesn't apply at all times.
Your methods are another matter, but i don't want to belabor this 'issue' and turn it into another sidetrack about you.

I did answer your question in case you didn't notice btw


A Russian investigative journalist who wrote about mercenaries in Syria has died following a suspicious fall from his fifth-floor balcony, Radio Free Europe/Radio Liberty reported Sunday.

Investigative reporter Maksim Borodin was found unconscious on April 12th below his balcony. (Source: Facebook)
Maksim Borodin, a journalist who investigated corruption, crime and Russian foreign affairs died on April 15th – three days after he was found below his balcony in what police are investigating as a suicide.
In the past weeks, Borodin was covering the deaths of Russian mercenaries in Syria, identifying fighters who had been returned to their villages for burial and showcasing the Russian Ministry of Defense’s denial that any Russian fighters were killed during the February 7th air strikes despite evidence to suggest otherwise.
Police have stated that Borodin’s apartment was locked from the inside, with no signs of forced entry. Polina Rumyantseva, the editor-in-chief of Novy Den, where Borodin worked, rejected police explanations stating that she did not believe he would commit suicide. No note was found at the scene.
A friend of Borodin, Vyacheslav Bashkov also denied suicide claims in a Facebook post on April 15th, stating that Borodin contacted him the day before he was found to say his building was surrounded by camouflaged security forces. He believed they were waiting for a court order to search his apartment and asked Bashkov to find him a lawyer. An hour later, Borodin called him to say he was mistaken and the police were conducting a drill. Comments on the post suggest Borodin reached out to several people that morning.
This was the last interaction Bashkov had with Borodin. Bashkov vehemently denies claims that Borodin was on drugs or unstable, saying he “wouldn’t have been able to do his job” if he was.
Borodin and a colleague were attacked in late 2017 by unknown assailants, following an interview Borodin gave about the controversial Russian film “Matilda.” The movie portrays a premarital relationship Tsar Nicholas allegedly had with a ballerina. The film had angered a group of self-described Orthodox militants who labeled it “sacrilegious.”
A memorial service organized by Borodin’s colleagues is scheduled for April 18th.
https://www.occrp.org/en/27-ccwatch/cc- ... om-balcony

Another journalist in Russia murdered. Maksim Borodin of RIA Novy Den "fell" from the fifth floor. He had been investigating Vagner, the private military company managed by Putin's friend whose mercenaries are fighting on Asad's behalf in Syria.
https://lenta.ru/news/2018/04/15/borodi ... ce=twitter 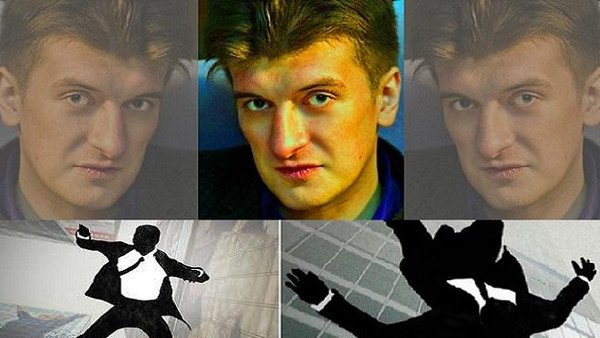 A Russian journalist who wrote on Moscow's "shadow army" in Syria has died after falling from the balcony of his fifth-floor flat, but investigators said Monday they were not treating the death as suspicious.

Maksim Borodin fell from his apartment in Yekaterinburg, a major city in the Urals, last week and died from his injuries in hospital on Sunday, news agencies reported.

He worked for the news service Noviy Den (New Day) and recently wrote on the deaths of employees of the so-called "Wagner Group", the private army Moscow is using in Syria.

"There are no grounds for launching a case," the local investigative committee told the TASS news agency Monday.

"Several versions are being considered, including that this was an unfortunate accident, but there is no sign a crime has been committed," it said.


The local committee told AFP it would not comment on the incident to foreign media.

But Harlem Desir, the representative for freedom of the media at the Organization for Security and Co-operation in Europe said Borodin's death was "of serious concern".

"I call on the authorities for a swift and thorough investigation," he said on Twitter Monday.

Russia has a disturbing record of attacks on reporters, with 58 killed since 1992, according to the Committee to Protect Journalists.http://www.france24.com/en/20180416-rus ... lcony-fall

The film had angered a group of self-described Orthodox militants who labeled it “sacrilegious.”

Israel disappointed that the US missile attack did not sufficiently escalate the situation, must have a wider war....

According to the source, the Syrian Air Defense fired several missiles at these suspected warplanes in the eastern part of Damascus.

The source added that the Syrian military believes these are Israeli warplanes, as they entered from Lebanon’s Beqa’a Valley.

The 'rebels' can make any claim they want, MSM has their backs.
Good stuff at link.

Though The Syria Campaign claims to “refuse funding from any party to the conflict in Syria,” it was founded and is sustained with generous financial assistance from one of the most influential exile figures of the opposition, Ayman Asfari, the U.K.-based CEO of the British oil and gas supply company Petrofac Limited. Asfari is worth $1.2 billion and owns about one-fifth of the shares of his company, which boasts 18,000 employees and close to $7 billion in annual revenues

Through his Asfari Foundation, he has contributed hundreds of thousands of dollars to The Syria Campaign and has secured a seat for his wife, Sawsan, on its board of directors. He has also been a top financial and political supporter of the Syrian National Coalition, the largest government-in-exile group set up after the Syrian revolt began. The group is dead-set on removing Assad and replacing him with one of its own. Asfari’s support for opposition forces was so pronounced the Syrian government filed a warrant for his arrest, accusing him of supporting “terrorism.”

All these things will continue as long as coercion remains a central element of our mentality.

Just caught a discouraging bit of BBC in which the field correspondent reported from Damascus about popular support for Assad and more so the SAA, citing a 2014 NATO study about the former and the seemingly less-studied host nudged back several times that it was actually very "hard to know" because "there's a war on." I am finding the degree of narrative pushing jarringly and unusually strong right now.
"It's not rocket surgery." - Elvis

OPCW now reported to be allowed in.....

Chemical weapons inspectors have entered the Syrian town of Douma to probe an alleged poison gas attack, according to the state-run SANA news agency.

The delegation from the Organisation for the Prohibition of Chemical Weapons (OPCW) entered the town near the capital, Damascus, alongside the Syrian health minister on Tuesday, a source close to the government told Germany's DPA news agency.

"What we understand is that they are going to inspect and investigate the site of that alleged chemical weapons attack," said Al Jazeera's Zeina Khodr, reporting from Beirut in neighbouring Lebanon. 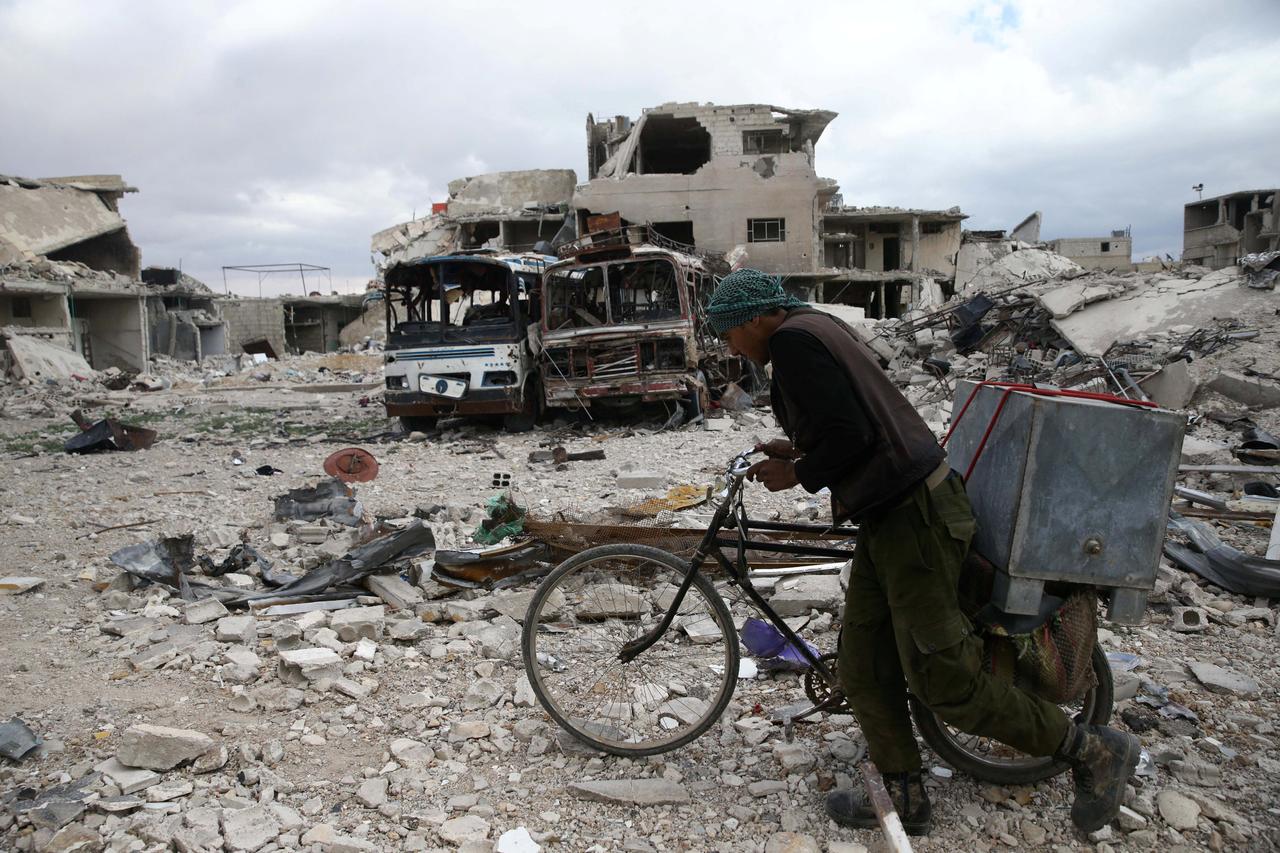 But where are/were the global watchdogs-of-war for the victims of an 'alleged' chemical attack by the United States 14 years ago? 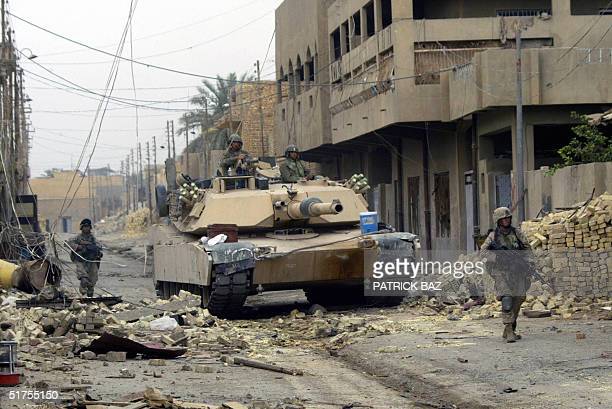 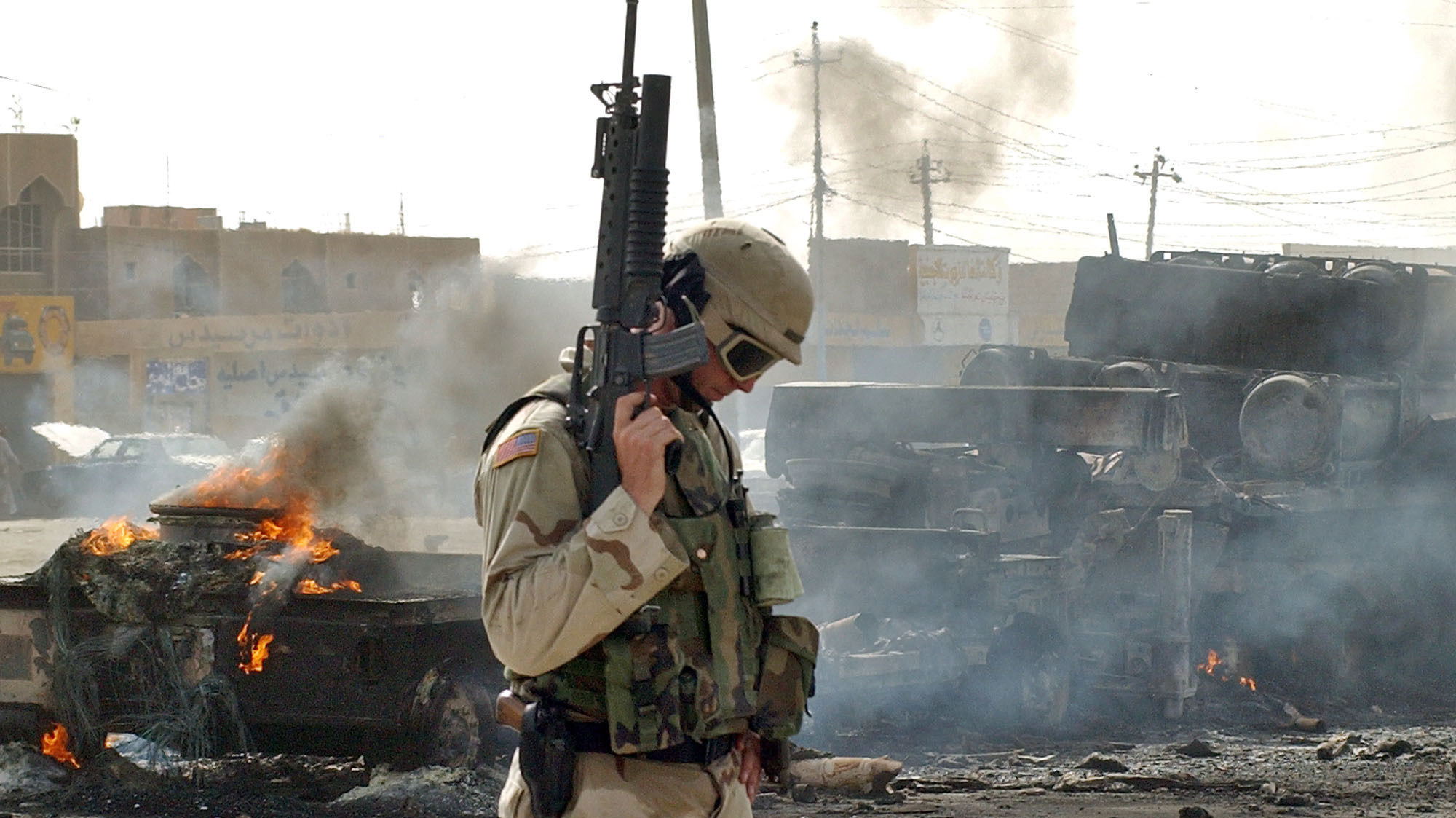 Fallujah--what, who?
The greatest sin is to be unconscious. ~ Carl Jung

The "Body Language" woman on YouTube is a bit of a nut with some nutty views. But her body language videos are often interesting. Here she assesses the body language of Assad in a 2017 interview about alleged chemical weapons attacks; judge for yourself whether or not Assad is lying:

"Frankly, I don't think it's a good idea but the sums proposed are enormous."

This happened 3 hours ago. Wolf Blitzer can't believe his ears ... he does his best to argue the other side, saying well, France and UK joined the bombing, so it must true, ... you aren't suggesting everyone was wrong or something? - are you suggesting the president had bad intelligence? - but Paul isn't buying.

This is great TV:

"I still look at the attack and say, you know, either Assad must be the dumbest dictator on the planet — or maybe he didn’t do it. I have yet to see evidence that he did do it,"

"The only thing that would galvanize the world to attack Assad directly is a chemical attack. It killed relatively few people compared to what can be killed with traditional bombs… and so you wonder really what logic would there be for Assad to be using chemical weapons,"

We have a feeling this bombing is going to turn into a major scandal as it becomes clear what is intuitively obvious - it was a false flag, and this time they're going to get caught on it.

Was the whole thing 3D chess on Trump's part? Did he deliberately go along with the hoax knowing that he would make sure the hoaxers get caught?, and finally free himself from the neocon morons in Washington?

"I am very unnerved by what I'm hearing and seeing," said Sen. Lindsey Graham, a South Carolina Republican, who said the briefing on the strikes made him more worried, not less. The administration is "going down a dangerous path" with regards to Syria, he said, without offering details.