barracuda wrote:Fuck, man, I thought everyone on the planet knew the CIA killed JFK.

Cover-up ongoing. I thought everyone knew...

The notoriety of the Warren Commission cover-up is an awareness gateway to many other spook crimes.
It illustrates how crimes can be committed using spycraft - patsies, insiders, cutouts, etc. - and how the controlled media serves as getaway car.

The 'JFK tutuorial' leads to understanding many many other history-shaping crimes committed by military-intelligence culture that allegedly is there to protect us from those crimes.
CIA runs mainstream media since WWII:
news rooms, movies/TV, publishing
...
Disney is CIA for kidz!

Well, you asked me what I thought. And imagine my surprise when you let me know it was wrong! I practically dropped my false teeth. The fucking suspense was killing me. Wot a payoff.

In my opinion, only complete idiots accept the OFFICIAL NARRATIVE in any way, shape, form, or degree that matters. And realistically, idiots have never been a big force for social change.

Before you ask: no, I don't have any polling metrics to back up that claim.

I think I was about fourteen when I found out it was a sham, right about the first time I really had enough of a slightly-formed personality to focus on thinking about it at all. And then... BANG! - - the ol' grassy knoll.

barracuda, Ianeye's op was specifically about media disinfo, not just the crime itself.

JoeH wanted to see a psyops prediction on this subject come true.
So I just showed exactly that.
EXACTLY as I predicted.
...the psyops techniques in play I've been exposing for years despite constant and aggressive denials.
Last edited by Hugh Manatee Wins on Sun May 06, 2012 12:15 am, edited 1 time in total.
CIA runs mainstream media since WWII:
news rooms, movies/TV, publishing
...
Disney is CIA for kidz!

I'll address whatever I care to address, bub.

What? I have you on "ignore", Huge, but occasionally when I'm bored I'll check out the mind-blowingly idiotic nonsense you spout just for fun. Like I did just now.

You know what I think of you already. My diagnosis hasn't changed, nor will it.
"He who wounds the ecosphere literally wounds God" -- Philip K. Dick

Well, it is interesting that you would mention Ms. Warren, Hugh.

@ 41:26 of the "Conspiracies!" episode of the Dana Gould Hour, during the "Political Talk With Two Guys From Boston" segment, the topic is none other than the Senate race between Ms. Warren and "Mr. Gail Huff", Scott Brown.

Now, if you'll excuse me, I am off to listen to the latest episode of Comedy Bang Bang, featuring guests Bobcat Goldthwait and "Happy Days" director Garry Marshall.
.
“Come, & keep your comrade warm.” - Majestic-12 [Bot]

IanEye wrote:This was the podcast where I decided I really needed to start keeping track of these off-hand mentions of JFK.

David Cross and Marc Maron go way back. In fact, they go back far enough that they need to help each other navigate through hazy memories and past mistakes.
Along the way, they discuss the highlights of David's career and reflect on some of the more serious things they are leaving behind. 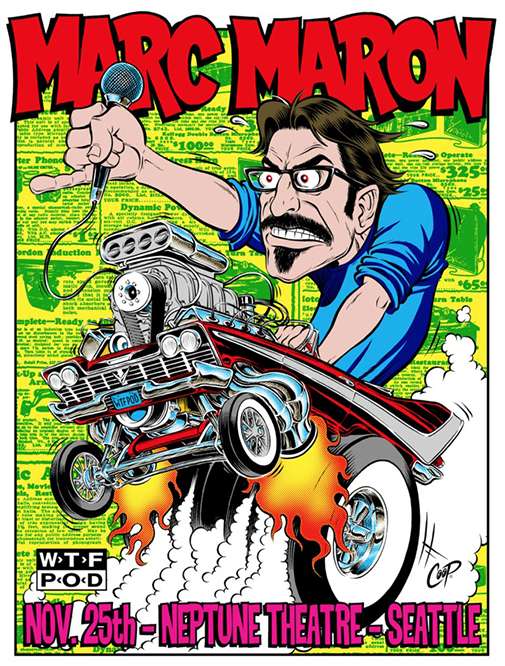 à propos of seemingly nothing, Marc Maron pontificates about the text of " King Kill 33° " in the latest episode of WTF. 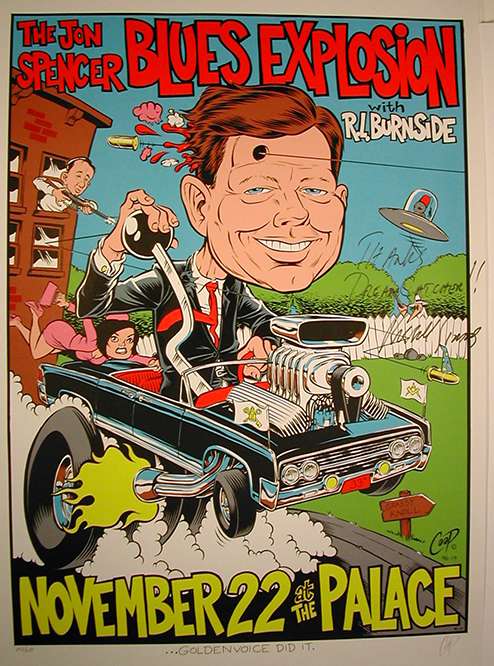 Also à propos of nothing. David Cross bears a slight resemblance to...

a guy that portrayed Lee Harvey Oswald
We’re in the upside down.

IanEye wrote:For the past couple of months I have been involved in a lot of work outdoors, and this gives me little time to surf the web.
What I have had plenty of time to do is listen to podcasts.

I have noticed that there is a fair amount of seemingly offhand references to JFK that speak of him disparagingly, comments full of disinfo, spoken in a mocking tone.

These are comedy podcasts, so that might seem par for the course, but then what is also cropping up is the insistence that LHO was a lone gunman, and this is not said mockingly, but seriously, as in you would have to be a fool to think there was any conspiracy involved in the assassination of JFK.

Just as Bill Hicks has the routine describing the POTUS' that succeeded JFK being put on notice with a clip of the JFK assassination shot from the grassy knoll...

The career of Mort Sahl must stand as an example to comedians.

Of what not to do.

Good lord---imagine that!!---I mean, what are the chances? Especially considering

she's a Boston-based politician in an ongoing campaign

There can no longer be any question---this proves KWH! I must now dedicate my life to informing the world, in infinite detail, of this insidious plot.

But, seriously now, first some reflections on the more obvious media bias towards the official lone-nut narrative. I'm pretty alert to the aggravating BS that bubbles up around anniversaries etc. When Oliver Stone's JFK came out, I was working in a place that sold dozens of different magazines and I checked them all for JFK coverage. Every single one lambasted the movie and director entirely on emotional terms; not a single fact was countered, disputed or even raised. Nothing. The universal hatred for Stone and his movie was remarkable. I thought to myself, "wow, these editors are not going to allow one word of positive copy about this movie."

(oh gawd---right now on NPR some author of a book about airports and his fictionalized 9/11 account, "getting inside the head" of Mohamed Atta. They'd hyped the segment earlier by talking about Brian Eno. But back to JFK....)

What's with Stephen King? How can he read a 6-foot stack of books on the assassination and come away with 'Oswald did it' and choosing Case Closed as the best? Maybe his way-out fiction has, for him, made reality more mundane than it really is. I eagerly await Bill "Shut Up!" Oh'Really's take, but I rather expect to be disappointed.
"Frankly, I don't think it's a good idea but the sums proposed are enormous."

You are very confused, Elvis.
Pay attention-
Elizabeth Warren will get unavoidable coverage so decoys of the much-reviled cover-up by the Warren Commission regarding the murder of JFK will be spewed along with reinforcements of that spook ass-covering cover story.

Got it now? If you can't get this really really easy to understand psyops formula, the trickier stuff is waaay over your head....

Here's "what's with Stephen King."
He got his career from spooks with 'Carrie,' a decoy of the lead voice for Vietnam Vets Against the War, John Kerry, and Operation Homecoming, the return of only some of the US POW-MIAs. Add the decoy image for throwing medals back at the White House....you know.

Many famous best-selling authors got their careers by doing psyops scripts for The Company. Including Michael Crichton.
There's an old myth formula for 'deals with the devil' that is still going on in the Gestapo-occupied US.
CIA runs mainstream media since WWII:
news rooms, movies/TV, publishing
...
Disney is CIA for kidz!

Hugh Manatee Wins wrote:Here's "what's with Stephen King."He got his career from spooks with 'Carrie,' a decoy of the lead voice for Vietnam Vets Against the War, John Kerry, and Operation Homecoming, the return of only some of the US POW-MIAs. Add the decoy image for throwing medals back at the White House....you know.

Hugh Manatee Wins wrote:There's an old myth formula for 'deals with the devil' that is still going on in the Gestapo-occupied US.

"Here, sing this catchy song we wrote for you about a lone nut with a gun and presto, you're a rock star. TV, Hollywood, the works. Unless you try to back out. Then we kill you." No shortage of takers for that one.

Jim Morrison's father could never figure out how his film student son hit the big time so fast:

"From their first self-titled album, released in 1967."

Supposedly it's about a breakup with his girlfriend. Awfully morbid for a love song isn't it? And still so popular. Beginner's luck or maybe not.

Hugh Manatee Wins wrote:Here's "what's with Stephen King."
He got his career from spooks with 'Carrie,' a decoy of the lead voice for Vietnam Vets Against the War, John[b] Kerry