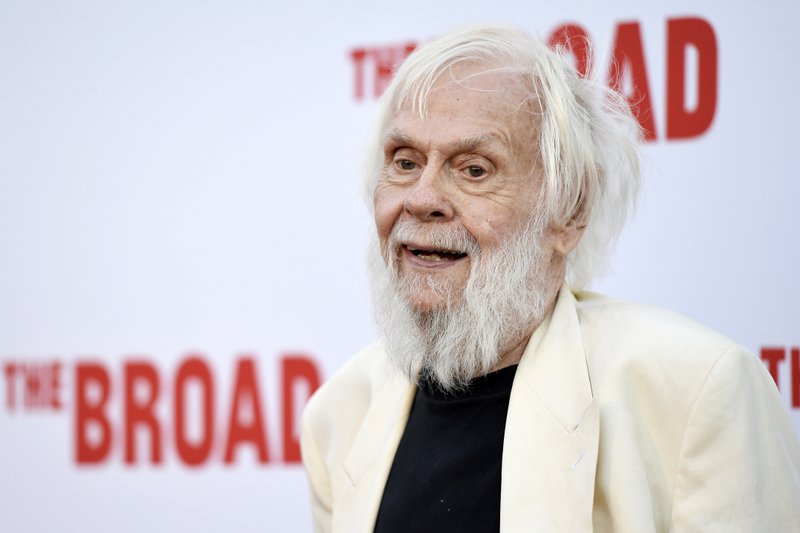 FILE - In this Thursday, Sept. 17, 2015, file photo, artist John Baldessari poses at The Broad museum's opening and inaugural dinner in Los Angeles. Baldessari, who pioneered a new genre of art in the 1970s and in the process helped elevate Los Angeles' status in the art world from that of back-water berg to a center of the conceptual movement, has died at age 88. Baldessari died Thursday at his home in Los Angeles, the artist's representatives at New York's Marian Goodman Gallery, confirmed Monday, Jan. 6, 2020. (Photo by Chris Pizzello/Invision/AP)

LOS ANGELES (AP) — John Baldessari, who pioneered a new genre of art in the 1970s and in the process helped elevate Los Angeles’ status in the art world from that of back-water berg to a center of the Conceptual movement, has died at age 88.

“It is with immense sadness that I write to let you know of the death of the intelligent, loving and incomparable John Baldessari,” Goodman said in a statement. “The loss to his family, his fellow artists, his studio staff, friends and devoted former students is beyond measure.”

A giant in the world of art both literally and figuratively — he stood 6-feet-7-inches tall — the bearded, shaggy-haired Baldessari produced thousands of works, many of which have been exhibited all over the world and are in the collections of major museums from Los Angeles to New York.

He also influenced dozens of other artists, both with his work and as a teacher at the prestigious California Institute of the Arts and the University of California, Los Angeles.

“His legendary class in Post-Studio Art bestowed on those of us with enough brains to notice a feeling of unbelievable luck of being in exactly the right place at the right time for the new freedoms in art,” fellow artist David Salle wrote in the 2013 introduction to a lengthy interview he conducted with Baldessari, his CalArts professor in the early 1970s.

Student met teacher at a time not long after Baldessari, having grown frustrated with his own abstract expressionist paintings, loaded them into 10 boxes, took them to a San Diego funeral home and burned them.

Bored with an art movement he believed had grown old and stale, Baldessari set out to create something new, creating multimedia works that among other things merged photographs with painting, sometimes included pieces of recognizable objects or body parts but in unimaginable ways and often contained perfectly formed block letters placed as captions on the paintings.

Over the course of his career, which continued into his 80s, Baldessari worked in such forms as prints, sculpture, text-based art, paintings and photographs, often mixing two or more of them together.

Some of his most well known works included “God Nose,” which depicted a nose in the sky with those two words under it; “The Intersection Series: Person and Dog/High Rise Building,” a mixture of photography and acrylic that included a dog, a building, a car and other images; and “Double Bill :... And Matisse,” which combined inkjet print on canvas with acrylic and oil paint to display a pair of walking legs and the words, “Just Matisse.”

Those works and others often struck viewers as both brilliantly constructed and at the same time whimsical, although Baldessari insisted he was never trying to be funny. Instead he compared himself to a mystery writer, providing clues to the reader, or in this case the viewer, and letting them figure it out.

”I go back and forth between wanting to be abundantly simple and maddeningly complex,” he told Salle during that 2013 interview. “I always compare what I do to the work of a mystery writer— like, you don’t want to know the end of the book right away.”

Although he may not have deliberately intended his work to be humorous, Salle told The Associated Press on Monday, humor, irony and humanity were so imbued in Baldessari’s personality that they became “almost like the delivery system of his work.”

“And then later on, at some point he added to that visual glamour, which was very much apart from other Conceptual artists who were much more restrained,” Salle added. “That was a winning combination that made his work accessible and pleasurable and complex and dense all at the same time.”

John Anthony Baldessari was born on June 17, 1931, in National City, California, a small town on both the edge of San Diego and the Mexican city of Tijuana. His father, a salvage dealer, was from Austria and his mother from Denmark.

Showing artistic talent from an early age, he was often chosen by teachers to create murals or other art projects. After high school, he decided to study art at San Diego State University despite his father’s concerns that it could be something he’d struggle at to earn a living.

After earning a master’s degree, he went on to teach art at his alma mater, at local public schools and, for one summer, at a camp for teenage juvenile delinquents. He would joke in later years that it was likely his imposing size as much as his artistic skills that earned him that latter job.

He was also painting and showing his work, although by the late 1960s he’d begun to grow bored with what he and others were producing.

Before torching his paintings in 1970, he created a magazine cover that depicted a copy of a painting with the words, “This is not to be looked at” painted underneath the work as a caption.

After incinerating his own work, he began teaching at CalArts, where his students included Salle, Mike Kelley, Barbara Bloom and other future prominent artists.

Later he taught for several years at UCLA.

Over the years, he collected numerous honors, including the National Medal of Arts from President Barack Obama.

“He’s someone who’s had over 377 solo exhibitions, been part of more than 1,500 group exhibitions, who has produced over 4,000 works of art,” former MOCA director Philippe Vergne said when the museum honored him in 2015.

As the accolades accumulated over the years, the soft-spoken artist remained humble, even mocking his work during a 2018 appearance on “The Simpsons,” in which he discusses art with Marge.

“I still have that vestigial idea that all these other people are artists. I’m an artist wannabe,” he told Salle in 2013.

When Salle told him he’d created a movement that altered art history, he laughed.

“I thought I was going to teach high school, maybe have a family, and do art on the weekends,” he replied.

As a major basketball fan and never a fan of Kobe Bryant he just died in a helicopter crash in LA. Does it count as "high weirdness" that LeBron broke his scoring record last night? I don't think so but when it was brought up to me by friends I said do you mean that Lebron broke his record. It's still weird though.

Fuck. For some reason, as an almost totally not-sports guy, I am really shook. RIP Black Mamba.

Horrible. Father to 4 daughters, one of which perished with him at 13 yrs old. Tragic.

This clip here shows his multi-cultural depth and comic timing, a nod to his youth in Italy (as my family members from Italy have mentioned numerous times over the years..) 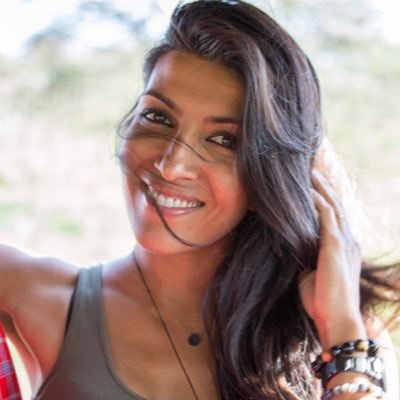 Leila Janah, Entrepreneur Who Hired the Poor, Dies at 37
A child of Indian immigrants, she created digital jobs that pay a living wage to thousands in Africa and India, believing that the intellect of the poor was “the biggest untapped resource” in the world.

Leila Janah, a social entrepreneur who employed thousands of desperately poor people in Africa and India in the fervent belief that jobs, not handouts, offered the best escape from poverty, died on Jan. 24 in Manhattan. She was 37.

Samasource, one of her companies, said the cause was epithelioid sarcoma, a rare soft-tissue cancer.

A child of Indian immigrants, Ms. Janah traveled to Mumbai, India, in about 2005 as a management consultant to help take an outsourcing company public. Riding through the city by auto rickshaw, she passed an enormous slum. But after arriving at the outsourcing center, she found a staff of educated middle-class workers. Few, if any, of the nearby poor were employed there.

“Couldn’t the people from the slums do some of this work?” she recalled thinking, in an interview with Wired magazine in 2015.

It proved to be a galvanizing moment for Ms. Janah, who called the intellect of the poorest people in the world “the biggest untapped resource” in the global economy.
She went on to start Samasource in Nairobi, Kenya in 2008 — “sama” means “equal” in Sanskrit — with the aim of employing poor people, for a living wage, in digital jobs like photo tagging and image annotation at what she called delivery centers in Kenya, Uganda and India. The workers generate data that is used for projects as diverse as self-driving cars, video game technology and software that helps park rangers in sub-Saharan Africa prevent elephant poaching. 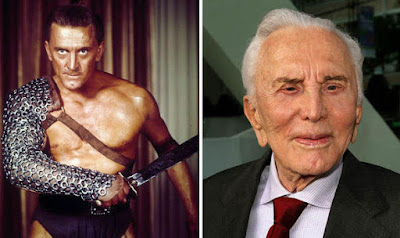 Before production of Paths of Glory began, Douglas and Kubrick had to work out some major issues, one of which was Kubrick's rewriting the screenplay without informing Douglas first. It led to their first major argument: "I called Stanley to my room ... I hit the ceiling. I called him every four-letter word I could think of ... 'I got the money, based on that [original] script. Not this shit!' I threw the script across the room. 'We're going back to the original script, or we're not making the picture.' Stanley never blinked an eye. We shot the original script. I think the movie is a classic, one of the most important pictures—possibly the most important picture—Stanley Kubrick has ever made."

In February 1959, Kubrick received a phone call from Kirk Douglas asking him to direct Spartacus (1960), based on the true life story of the historical figure Spartacus and the events of the Third Servile War. Douglas had acquired the rights to the novel by Howard Fast and blacklisted screenwriter Dalton Trumbo began penning the script. It was produced by Douglas, who raised the $12 million dollars production costs, and also starred as the rebellious Thracian slave Spartacus. He cast Laurence Olivier as his foe, the Roman general and politician Marcus Licinius Crassus. 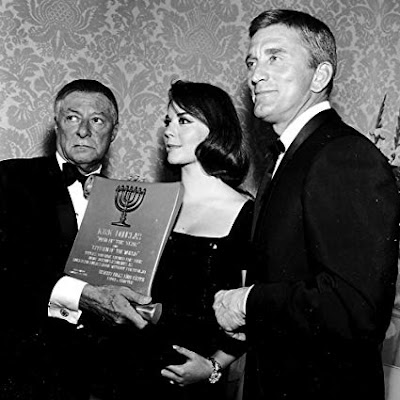 The dark rumor about Kirk Douglas and Natalie Wood has never been proven, despite such passages as this one reproduced below. It seems clear, it is likely it is not true. 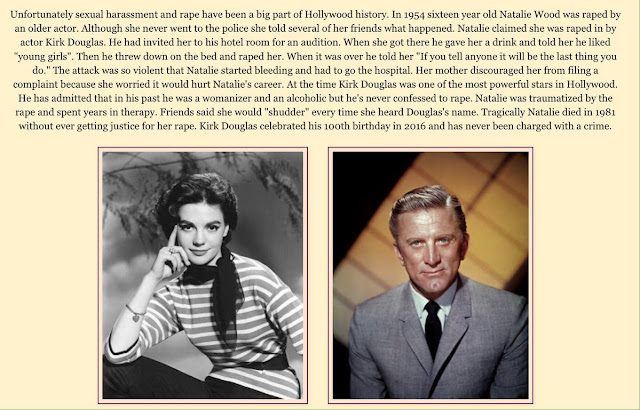 Just to be complete, there's also the 1949 disappearance of Jean Spangler...

Just to be complete, there's also the 1949 disappearance of Jean Spangler...

Interesting story about Spangler and a possible Kirk Douglas connection.

It is interesting, but on second thought, just speculation .....other people involved seem as, or more, suspect.

I mostly remember him in the great Paths of Glory. 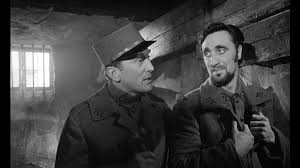 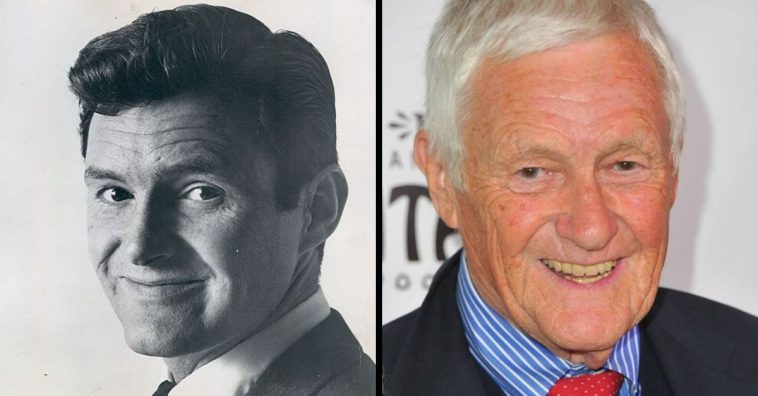