Although I'll concede that was funny.
We meet at the borders of our being, we dream something of each others reality. - Harvey of R.I.

lucky » Mon Apr 04, 2016 5:34 am wrote:Over 2 terabytes of info - its all over the UK press today, could get very sticky for some people and a great spectator sport for the rest of us. But what is the subtext to it all we are sensible enough to know that nothing gets leaked and released unless TPTB want it to..imo anyway.. Interesting that one name that is being spoken about out of a handful is Putin while others are referred to as 'business men, politcos etc.

That's the Guardian spin, yes. So at least it's helped (further) expose that outfit!

TBTB is useful insofar as power really is concentrated in a class. If you start thinking of it as a single organization with supernatural sentience and consensus, and the power to foresee all eventualities and gatekeep every information release in a world bursting with information, you've defeated yourself preemptively.
Last edited by JackRiddler on Mon Apr 04, 2016 1:34 pm, edited 1 time in total.
We meet at the borders of our being, we dream something of each others reality. - Harvey of R.I.

One tool of the confusionism that serves to preemptively obscure insight into the actual world of power is to preemptively assign all partial disclosures to the "limited hangout" column, and instantly associate it with your own prefabricated and extremely simpleminded conspiracy (or anti-conspiracy works as well). This way you can stick with your fantasies about Soros-Jews or lizards or the like and never see the outlines of real-world social forces, power systems and ideologies.
We meet at the borders of our being, we dream something of each others reality. - Harvey of R.I.

It would be my special pleasure to kick you off this site, if I could. A little bit petty, no? But justified.

Pretty humorous yourself, Jack. I cannot imagine having a sense of self-importance so large as to repeatedly call for the banning of another poster, justified -because you don't like them.

Surely there better ways to no platform folk you don't like.

How bout slander, it's always worked in the past.
All these things will continue as long as coercion remains a central element of our mentality.

My time here will end after all...

I keep thinking/hoping he's got better things to do

https://www.youtube.com/watch?v=9Bl32n6-JXc
Mazars and Deutsche Bank could have ended this nightmare before it started.
They could still get him out of office.
But instead, they want mass death.
Don’t forget that.

We can always rely on your ignorance.

So far, there's solid info in there about money laundering by Cameron's family. So the Guardian reliably tries to spin it through vague allegations as if it's about all about Putin - exposing themselves more than anything else. And you're lapping it right up. Who's your latest imagined Soros-Jew "organisation," by the way - Sueddeutsche Zeitung?! And I love "Conspirascope" as perfectly blind projection on your part. How did I not have you on ignore yet for a better reading experience?

This is angry Jack... right? The Jack that hates being questioned and loses his cool. The Jack that uses intellectual superiority jibes and easy slurs to intimidate. Deep breaths, mate.

The real Jack is Back.

Thanks for spewing your arrogance and hatred through the site like you used to. Constantly. And here I was starting to think maybe you'd changed.

Makes me remember my experiences with skunks. That smell hangs around.
"He who wounds the ecosphere literally wounds God" -- Philip K. Dick

THE PANAMA RACKET IN ONE SENTENCE

No need to write a 5,000-word piece anymore (even though maybe I'll go for 800). My reader Jueri nails it in one sentence:

"The Panama Papers are the exact kind of weaponized psyops posing as an 'activist leak' I wanted to see from hybrid warfare."

Put on your Panama hat and dance the leak.

And if you believe in the integrity of the "International Consortium of Investigative Journalists" (ICIJ), I got a made in Shenzhen Panama hat to sell ya.

I never was, and never will be, a member of this racket; well, people asked me, and I'm answering.

The ICIJ gets its cash and its "organizational procedure" via the Exceptionalistan-based Center for Public Integrity. The money comes from: Ford Foundation, Carnegie Endowment, Rockefeller Faimly Fund, Kellogg Foundation and the Soros racket.

This alleged most massive leak ever was obtained by - what else - US intel.

But the REAL leak will never be known. Even the uber-pathetic Grauniad admitted, on the record, that "much of the leaked material will remain private".

Why? Because it DIRECTLY implicates a gaggle of Western 0.00000000001% multibillionaires and corporations. All of them play the offshore casino game.

So what next? Messi in jail?

Jack, upon reflection I'll concede that this might be a long game - i.e. get all the US and UK officials to denounce the corruption of everyone else, expose all the hypocrisy, then hit those self-same decryers with a host of lurid details about themselves - making it extremely uncomfortable and difficult to wriggle out of. Sadly, it's the purveyors of this leak I don't trust. Not one iota. The Guardian, especially.

Interviewer: Do you still run stories past GCHQ...have you ever done that?

Rusbridger: Yeah, well, we've had... I mean... I think... I don't have a problem with that and I don't think Glen Greenwald has, erm...so, since early June we have multiply, erm... talked to the...GCHQ...sometimes they say...we, you know, begin by saying we would rather you didn't publish this, but if you are going to publish it can you look out for X, Y, Z....

So you are all sailing in frozen waters, and when you see an iceberg, you don't see it as the expression of how much is under the surface, but as a giant white plastic bag deployed by the Soros-Jews or whatever your imaginary construct impervious to detection is. Even better if someone plants a false flag on the iceberg, then you'll see only a flag, no iceberg at all. There's never a fucking visible part of an iceberg, as far as you are concerned. And you're going to clog every thread, where we might critically evaluate an iceberg sighting, with that view. And in the process you'll defame the likely-righteous and the possibly fake without differentiation or any sense of nuance.

This attitude serves to buttress the "liberal" consensus you supposedly oppose. This is a perfect form of "false opposition." It is a creed of helplessness.

I don't dislike sounder, whom I do not know, for any reason other than his activity on the board. I'd be happy to have a mutual ignore pact. You don't have to reply to my shit and I don't have to reply to yours. If you do, Sounder, I will tell you my view of how stupid, confusionist, and counter-productive your thinking is. And you're among the smarter ones in your vein, of course. I don't remember that you went for flat earth, like coffin dodger.

You are the unwitting (I presume) servants of the very PTB ideology you allegedly deplore. You are the big goops of cholesterol lodged in this site's brain blood vessels. Ignore me, don't respond to me, and I can have a dialogue with those who aren't like you, and you can have your own dialogue free of me. I'll put you on ignore right away if you agree. Same goes for the rest of your core crew of anonymous apologists for MRA and racists and neo-European fascist movements, and also for the more real occasional hangers-on like Nordic and SLAD who can't help it because they always believe the last fucking thing they read, against whom I really have no beef.

Try mutual ignore! There are plenty of people I'm allergic to your particular brand of stupid because I saw it ruin the promise of the "9/11 truth" movement among other things.
We meet at the borders of our being, we dream something of each others reality. - Harvey of R.I.

I actually have you on ignore, but because you've been a lot nicer lately I decided to see what you had to say about this subject. Oh well.

I would hate to live in a world where no one was as smart as meeeee.
"He who wounds the ecosphere literally wounds God" -- Philip K. Dick

hey I got a great idea for you Jack.....try ignoring us instead...we do try and ignore you but you keep mentioning us
Last edited by seemslikeadream on Mon Apr 04, 2016 3:03 pm, edited 1 time in total.
Mazars and Deutsche Bank could have ended this nightmare before it started.
They could still get him out of office.
But instead, they want mass death.
Don’t forget that. 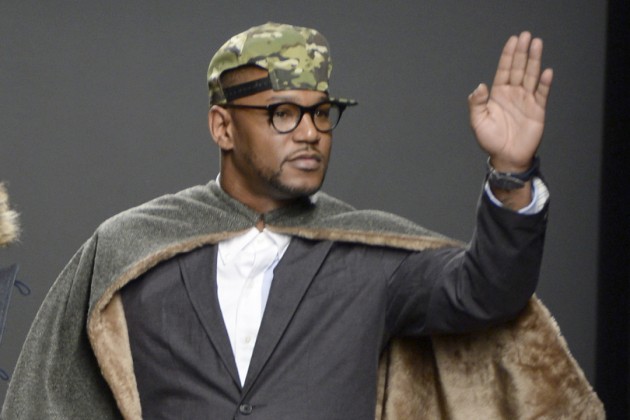 Yes, but comrade: has there ever been a purge that wasn't?

As ever, let us desist from calling each other turdbutts, crapnerds or peefaces. Let us endeavor towards civilization -- the theory, not the practice.

Thanks for spewing your arrogance and hatred through the site like you used to. Constantly. And here I was starting to think maybe you'd changed.

I find it delicious when some pseudo-authority figure waltzes in with a ban call for supporting the rather simple and obvious consensus that this event is a psy-op.

While it's not my style, many do enjoy heaping scorn on authority figures that lack guns and other threatening enforcement abilities.

(Oh shit, I'm never going to get proper credentials now.)
All these things will continue as long as coercion remains a central element of our mentality.