“I believe there have been a number of assassination attempts on his life since he took office,” Janda said. “I’ve been told that there have been close to a dozen attempts on his life and obviously he has survived those. I believe the difference between JFK and Donald Trump is the following: Donald Trump has the support of the military. Donald Trump, I believe, has not only the Secret Service protecting him, but I believe he also has another layer of protection that he has arranged for, that he’s paid for himself, for him and his family.”

Janda, the host of the “Operation Freedom” radio program, went on to praise Trump’s ability and willingness to carry on with the work of the presidency despite being “under a howitzer every day.

“The fact that he has so many deep state players that want him out of the picture, and the fact that he is willing to put his life on the line every minute of every day, to me is incredible,” Janda marveled. 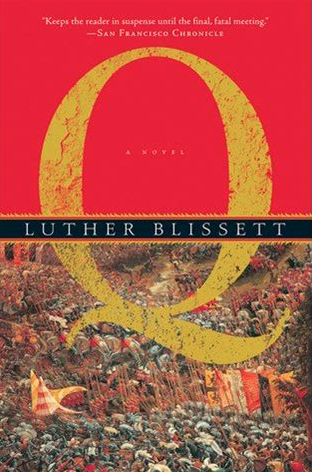 Luther Blissett was a name regularly adopted in the ’90s by leftists, anarchists, and general troublemakers in Italy. It was used for staging all kinds of pranks. The Luther Blissetts in different cities would occasionally communicate by phone, but for the most part the project just spread organically. Think of it like an analogue Guy Fawkes Anonymous mask.

Three of the authors behind Luther Blissett — Bui, Cattabriga, and Guglielmi — told BuzzFeed News that the Blissett project was "a network of activists, artists and cultural agitators who all shared the name 'Luther Blissett.'"

The plot of their novel Q is pretty similar in structure to the basics of the QAnon conspiracy theory. 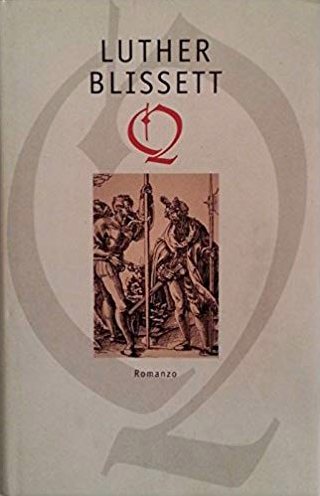 So while Bui, Cattabriga, and Guglielmi are convinced that QAnon started as a prank, they warn that that doesn't make it less dangerous.

Isaac Kappy accuses stars like Tom Hanks and Seth Green of being sexual predators, but he’s the one under investigation for disturbing behavior.


His allegations made via Periscope livestream have become fodder for countless conspiracy YouTube videos, including ones that dominated search results for Hanks until YouTube stepped in.

“Isaac Kappy is a HERO! Get his back!” enthused one user on the QAnon subreddit. “He's woke AF!! BOOM!!!”

But much of Kappy’s proof of Hollywood pedophilia is thin. For example, he once talked to a man who said he liked to “unplug” from his phone on weekends, a remark Kappy took not as a sign of social media overload, but as proof that that the man was a pedophile eager to avoid NSA surveillance.

In another instance, Kappy claims he once found a Facebook page offering a new car in exchange for membership in the Illuminati. The next day, a man at a party bragged about his Tesla, then made fun of Kappy for driving a Hyundai. Kappy took that as an offer to join the Illuminati.

“There’s no way this is a coincidence,” Kappy said in his Infowars appearance.

But Kappy has been accused of some dangerous behavior of his own. Los Angeles police are looking into allegations that he choked Michael Jackson’s daughter, Paris Jackson, according to a TMZ report, and he’s allegedly been sending unhinged letters to actor Seth Green. In a rambling tweet, he threatened to “rain” bullets in Hollywood. Kappy declined a request for comment. The Los Angeles Police Department confirmed that they’re looking into the choking allegation, but said it is not an active investigation.

Kappy’s Hollywood comedy connections and his bizarre presentation, which includes unkempt hair and yellow sunglasses reminiscent of The Simpsons character “Disco Stu,” have prompted even some of his would-be allies on the right to accuse him of pulling an elaborate stunt on them.

On Infowars, Jones repeatedly pressed Kappy on whether he was trying to pull off a Sacha Baron Cohen-style operation.

“This is not a trolling operation,” Kappy said.

Some QAnon believers haven’t been convinced, either. The anonymous poster behind QAnon has never addressed Kappy directly, and some have accused him of being a “deep-state trickster” meant to distract QAnon from the real truth.

But Kappy keeps coming up with claims, albeit ones that are often easily explained away.

For example, Kappy claims that Green once told him they needed to “have a conversation about chicken,” which Kappy took to be a codeword for pedophilia. But even Jones, no stranger to baseless conspiracy theories, had to point out the much more innocent explanation: Green has a show on Cartoon Network called Robot Chicken. 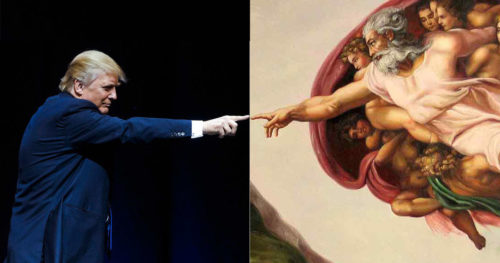 "Anonymous," of course, being the uber-prank that QAnon is based on -- the original mighty morphing pseudonym storage container. They will find the remnants of Stratfor and a bunch of Israelis working with Corsi.

The idea that "Q" is a liberal prank based on the Blisset novel is a cute stretch, but come on. The book is about the f'ing protestant reformation, not power politics in America. (Saying "it's all the same!" is a cheap, cheap cop-out indeed, especially for a demographic whose pride rests on the foundation of being smarter and better educated than their opposition.)

It's not like the Q material represents some radical break from the milieu that formed it. You can see the fingerprints all over it.

Still, telling that the task Anonymous -- in whatever iteration -- is faced with now won't be helped much by the super-abundant media coverage and analysis right now. That's because it's all noise for idiots, a choking fog of smug. There is barely any engagement with the actual claims of Q aside from the most colorful and easy to mock. There is barely any regard for chronology, either.

If any of these journalists -- the lifeblood of our democracy and the only light on the walls of this cave -- were serious about dunking on QAnon, they would have engaged with the material. Slam dunks left and right! But, that's more work than just making it look stupid. It's also dangerous, because there might be factual material of an unspeakable nature mixed in.

Wu Ming is the five-writer collective that authored Q – as Luther Blisset. You can find more by them here.

This may be of particular interest:

1954. Hollywood actors, cold warriors, mobsters, drug dealers and homing pigeons. What will Yugoslavian president Tito do, now that Joe Stalin is dead? What is the hidden link between Lucky Luciano in his Italian exile, Cary Grant in schizophrenic combat with himself and a stolen TV set which turns out to be self-conscious and sensitive to boot? So far, the most ambitious Wu Ming collective novel.

Last month, Florida-based “prophetess” Kat Kerr spoke at the “Elevation: Rise Up” conference in Tennessee, where she once again claimed that she had personally been assured by God that Republicans will retain control of the White House for the next five election cycles.

“Trump will be there for eight years,” she said, adding that Vice President Mike Pence will then be elected for two terms, after which the person who serves as Pence’s vice president will likewise be elected for two more terms, resulting in “24 years of God in the White House.”

“When God chooses you,” Kerr continued, “and, by the way, [Trump] said, ‘Yes.’ He chose to be chosen. He couldn’t escape it and no one is going to stop him, so give it up if you don’t like him. God knew him before he was born.” The hashtags #donutgate and #doughnutgate are being used to claim Oregon’s Voodoo Doughnuts is tied to child trafficking; the unsubstantiated claims were originated on a YouTube video that credited QAnon pusher Isaac Kappy 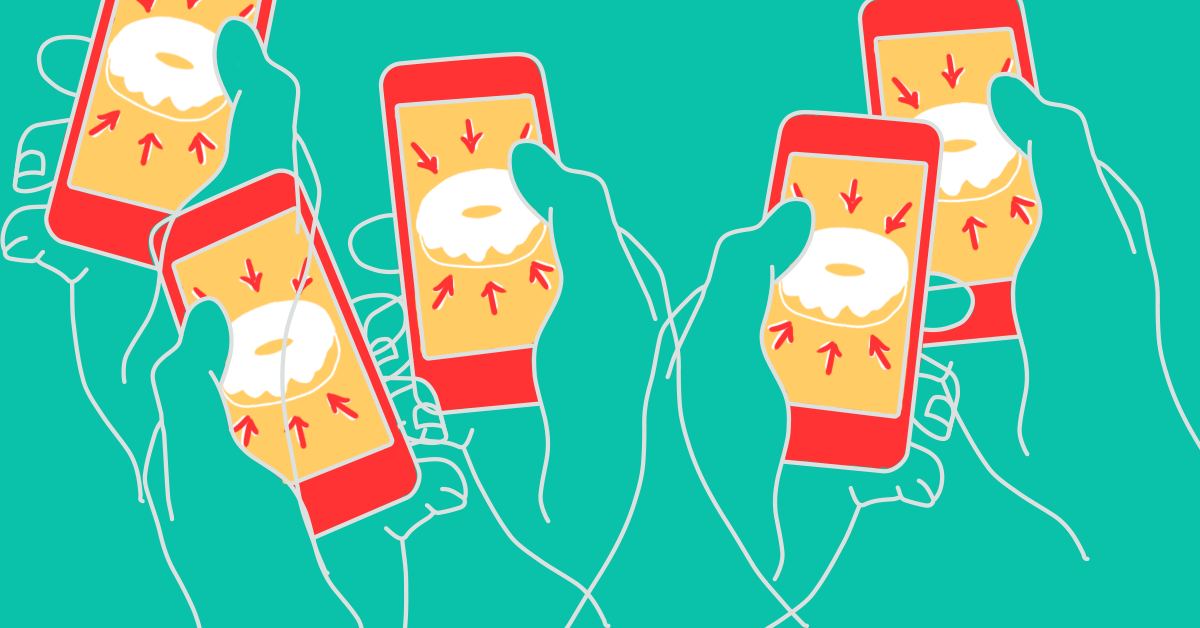 A rising far-right conspiracy theory claims that a popular donut shop in Portland, OR, Voodoo Doughnuts, is a front for child trafficking. As of this writing, a YouTube video featuring the claim has more than 63,000 views, while the hashtag #donutgate appears to be gaining traction on Twitter. The allegation is an echoand an offshoot of Pizzagate, a conspiracy theory President Donald Trump supporters popularized during the 2016 election cycle, which baselessly claimed Democratic politicians operated a pedophilia ring from Washington, D.C. pizzeria Comet Ping Pong.

On August 4, a man named Michael Whelan, known on Twitter as VeganMikey went on Nathan Stolpman’s YouTube channel Lift the Veil to share an incident after, according to him, he “was made aware of people that were participating in sexual abuse and trafficking of children in the city of Portland, OR.” Stolpman claimed the incident was connected to the owner of Portland’s Voodoo Doughnuts and that they were going to “be linking this to Comet Pizza as well.”

Whelan said he had been “eyewitness to children taken back” at a party at the home of Tres Shannon, the owner of Voodoo Donuts, where “there was abuse of children going on.” Whelan also claimed people within the alleged ring “had worked at Comet,” linking his allegations to Pizzagate.

In the video, both Whelan and Stolpman credited Isaac Kappy for talking about pedophilia rings as an inspiration for others to go public with similar allegations. Whelan also directly addressed Kappy asking him to “help the people on the ground level of this happening.” Kappy is a minor actor and QAnon enthusiast who was among the conspiracy theorists claiming on videos that Hollywood celebrities like Tom Hanks and Steven Spielberg were involved in pedophilia rings. As a result, searches on YouTube last week for Hanks and Spielberg were momentarily dominated by videos of the wild conspiracy theories. Kappy’s allegations were too extreme even for conspiracy theorist Alex Jones, who hosted Kappy on Infowars and asked him to restrain his wide-ranging accusations by avoiding “getting into names,” a precaution possibly linked to the defamation lawsuits Jones is currently battling for his own conspiracy theories.

Kappy promoted the Lift the Veil video to his followers during a Periscope session in which he also gave oxygen to the wild QAnon-related absurd claim that John F. Kennedy Jr. is, in fact, alive and behind the anonymous Q posts, saying “that would be the jaw-dropper of the century” if Kennedy Jr. was alive.

The claims about Voodoo donuts have reached Reddit, where users have shared Stolpman’s video within a QAnon subreddit. On the online message board 4chan -- from where many hoaxes and harassment campaigns often originate -- users appear to be actively organizing a campaign against the donut shop focused on distributing flyers containing the unsubstantiated claims.

"It seems to be what we have now is a political system which has essentially become, for the last thirty or forty years, a war on the human imagination."
(David Graeber) 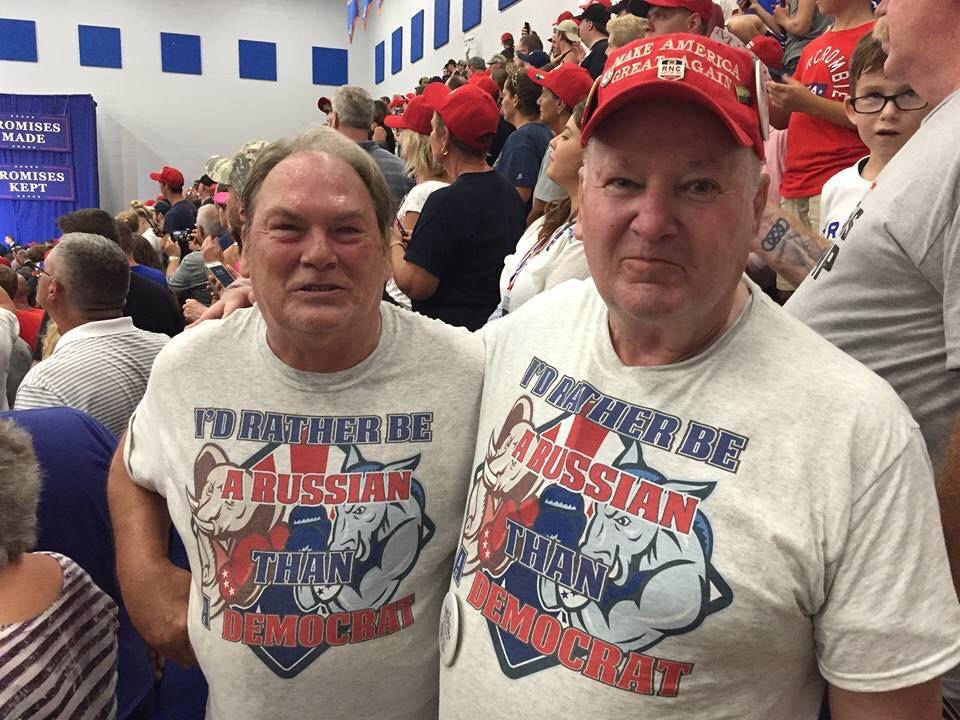 
Laura Ingraham: "The America we know and love doesn't exist anymore. Massive demographic changes have been foisted on the American people, and they are changes that none of us ever voted for, and most of us don't like ... this is related to both illegal and legal immigration"