Serial killer John Wayne Gacy has been back in the news, in a way that might be surprising except to readers of Dave McGowan's flawed but thought-provoking book Programmed to Kill. This is a story that's been developing throughout the years, since about 2012. Larry Potash, an anchor for WGN-TV in Chicago, has been following it. On April 30 of this year the most recent piece aired:

WGN News has followed the story of a mother who has been searching for her son for 40 years.

Michael Marino was 14 years old when he disappeared in 1976.

He was listed as a victim of John Wayne Gacy, the notorious serial killer who murdered 33 young men and boys.

WGN’s Larry Potash has the story.

The first two WGN stories aired in February 2012, about the evidence that some of Gacy's employees were accomplices in the murders. Among the evidence:

During the story, they play a tape recording of Gacy calling a friend (

) from prison. Gacy insisted on the call that others were involved with the murders. The names are censored, but the friend Andy Matesi later played the tape in a Youtube video: https://www.youtube.com/watch?v=byq8rsavFrw At 3:35 Gacy says "we already know that Rossi, Cram, Paske, and Norman were involved in the case" and at 5:00 he says "David Cram, Rossi, and Paske all had keys to the house. In fact, they used the house while I wasn't in town." David Cram and Michael Rossi were two of Gacy's most well-known construction employees. Who are Paske and Norman? That would be revealed by WGN a couple years later.

In 2016, DNA tests confirmed that a body found in Gacy's crawlspace identified as missing boy Michael Marino was not him. The story then said that Marino was last seen near the location of a sex ring which was revealed to have a connection to Gacy:

One of Gacy's construction employees was a man named Phillip Paske. And Paske was the business partner of another man named John Norman in a sex trafficking ring called the Delta Project. The Delta Project had clients all around the country who they would provide with teenage boys. Norman came to Illinois in 1973 after he was busted in Dallas for running a similar trafficking network, whose clients included "prominent people and some federal employees in Washington" (the list was conveniently destroyed). A letter Gacy wrote in prison showed that he was aware of Paske being a sex trafficker, and his statement to Andy Matesi reveals that he not only knew Paske and Norman were in business together, but suspected that some of the murder victims attributed to him were actually from their sex ring. Did the Delta Project use Gacy as a convenient way to dispose of their own victims? A lawyer for Marino's mother believes it, and that lead is still being investigated.

Meanwhile, as explained in the April 30 story, Marino's mother hopes that Michael could still be alive and out there somewhere.

From my own look into this case, there might be other startling connections. Franklin scandal victim Paul Bonacci described a pedophile ring in Chicago that's strikingly similar to the Delta Project, albeit not to the most trustworthy interviewer: http://cavdef.org/w/index.php?title=John_Norman#Pedophile_clients And Paske bears somewhat of a resemblance to the abductor "Tony" in the Johnny Gosch abduction.

.
Thank you for this insightful summary; missed it when posted months ago. Happened across a Gacy documentary yesterday, which unsurprisingly, made no mention of the connections referenced above (I read McGowan's book many moons ago; will need to revisit it soon).

Yeah, the conventional picture of serial killers is still far removed from what the truth actually is. But it's nice to see a fairly respectable mainstream media source (WGN-TV in Chicago) challenging that "Gacy mythos", as it appears to be getting the kind of traction that people like Dave McGowan couldn't get. Another good resource is Ed Opperman's interview with Chicago private investigator William Dorsch from September 2018. Programmed to Kill provided a very good broad overview (despite some flaws) of the questionable details in serial killer cases, and the next step is doing deep dives into individual cases to show what really happened. We have Ed Sanders' The Family for Charles Manson, Chet Dettlinger's The List for the Atlanta child murders, Maury Terry's The Ultimate Evil for the Son of Sam, Susan Kelly's The Boston Stranglers for the Boston Strangler case, Stephen Sanzeri's Ultimate Prey for the Yosemite murders, and now this recent coverage of the John Wayne Gacy case. I also happen to believe that Joseph DeAngelo being the sole, motiveless perpetrator of the Golden State Killer crimes is untrue.

I want to talk a bit more about the possible Franklin scandal connection, as there has been a fair amount of new evidence since I made this initial post. Sometime last year, I noticed that Phillip Paske looked kind of like "Tony", one of the abductors of Johnny Gosch described by Paul Bonacci. I pretty much just filed that away and didn't do anything with the information. Later, I was watching Ted Gunderson's interview with Paul Bonacci, and it turned out that Bonacci described a pedophile ring in Chicago which sounded exactly like the Delta Project: http://cavdef.org/w/index.php?title=John_Norman#Pedophile_clients So then I took a closer look at whether Paske could be "Tony".

And it turned out there were many good similarities between the two: http://cavdef.org/w/index.php?title=Phillip_Paske#.22Tony.22_suspect Both were child traffickers, and as per the above, the trafficking networks they were involved in appear to be one and the same. Both had quite similar physical descriptions: slightly over 6 feet tall, thin, long blond hair, blue eyes, and a bad complexion. Even more interestingly, both of them had the same very specific behavioral trait: they were known to disguise themselves as a woman. 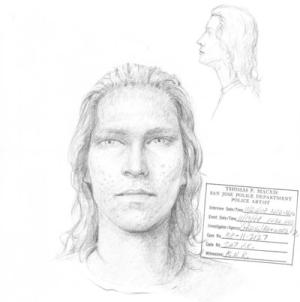 Left is Paske in 1976, right is a sketch on Michaela's mother's website

And I recently learned from private investigator William Dorsch that after spending most of his life in Chicago, Paske spent the later years of his life in California (he died in 1998). While I'm still waiting for more specific information from Dorsch, this is promising and might indicate that Paske was in the right place at the right time for both abductions that "Tony" was involved in.

Now to my surprise, it turns out that years before I came across Paske as a suspect, someone else had independently found a suspect for Johnny Gosch's other abductor "Emilio" who was also living in Chicago at the same time as Paske. A user named Andrea had identified as a suspect Roger Dean Matice. Matice molested a paperboy in Cedar Rapids IA in 1966 and was arrested for distributing child pornography in 2012 when he was living in Houston. During the intervening years, much of which he spent living in Chicago -- including throughout the 70s (when Delta was ongoing) and 80s -- he had no criminal record, but it seems highly unlikely that someone with a record of pedophilia never reoffended for over 4 decades. And Matice looks pretty similar to "Emilio", both in height and facial appearance (in his younger years he had dark hair plus a mustache and a beard): 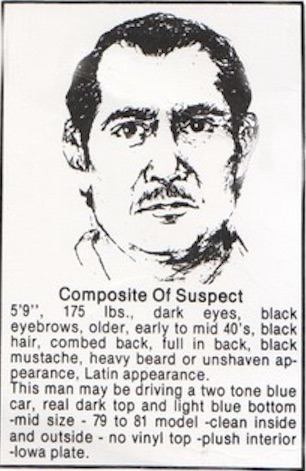 Left is a sketch from the Gosches, right is a recent photo of Matice

In letters sent to Paul Bonacci, "Emilio" is referred to as REM6. Could that codename stand for Roger "Emilio" Matice?

There is also some tentative evidence that Matice may have moved to San Francisco a couple months before Michaela Garecht was taken, but this has yet to be verified. In any case, it is very curious that promising suspects for both abductors of Johnny Gosch were independently found and both happened to reside in Chicago during the same timeframe.

Users browsing this forum: No registered users and 13 guests