It's a terrifying realisation when it dawns, isn't it?

I'd love to see the show evolve into a much more explicit gateway drug for Keel's work, rather than reality TV for paranormal convention fandom. And you know, there really is a Mothman "fandom," which has always struck me as rather perverse -- but far less so than fetishizing the howling void of UFO/UAP phenomena as cute Little Green Men merch and grey alien throw pillows. 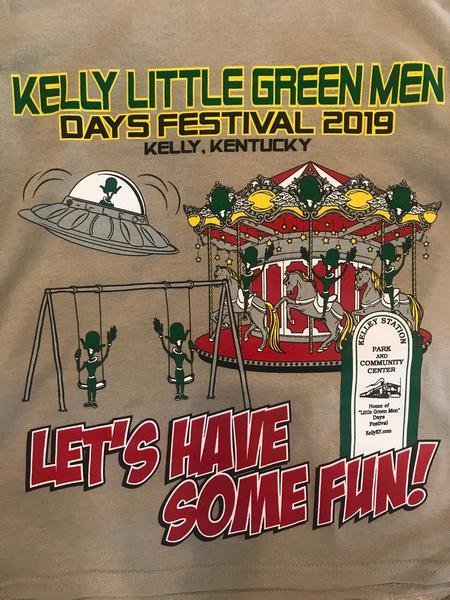 The festival should get Samantha Fish for entertainment (sometimes she jams space music ala Zappa).

Wombaticus Rex » Thu Dec 26, 2019 6:44 pm wrote:Skip to S2E7 - "The Trickster." It's basically an interview in a hotel room with Allan Greenfield, who may not be the architect of all this -- although someone very clearly games them with a Sapphire Star prank in the aftermath -- but his work is certainly the source material.

This was good advice, unfortunately seen too late - I finished the whole thing last night. It was the moment when they showed the video of the mysterious balloon that was sent to them by some rando when I definitively said out loud, "OK, they're just making this shit up." I said it again when they found the Blue Star balloon. I would have said it earlier, but like, what was even there for them to make up, up until that point? Methinks the whole thing would have been a lot more compelling had they been making stuff up from the start.

Wombaticus Rex » Thu Dec 26, 2019 6:44 pm wrote:What is being created here is a mythic complex, no different than the project Tom DeLonge is engaged with through his To The Stars Academy work -- which is being facilitated by spook nerd Peter Levenda, who is Suspect No. 1 here in Hellier, too. I suspect Levenda will see more long-term success from this smaller, lower-budget initiative.

Is there anything concrete behind that suspicion, or is it just a suspicion? It's hard to imagine bookish PL as full-on puppet master, planting balloons in the wilderness for a dopey Youtube series.

JEL Tenney talking about Hellier (he was the guy on the phone at 3:30am in season 1)

Agent Orange Cooper » Tue Dec 24, 2019 1:10 am wrote:I finished up the first season of this and was shocked at how little substance it actually contains. The initial email about the goblins was compelling but after that it just becomes an exercise in narcissism. Boring conversations lead to self-fulfilling prophecies, or more often unfulfilled. Literally nothing interesting happens, let alone anything paranormal, yet we are expected to think these people are like, scouring the dizzying heights of the mystery in the wake of Keel.

That about sums up my experience too, tho I only suffered through the first three ep's, then jumped to the Greenfield ep in s02 as per Wombat's suggestion (& guess what, AG comes off as a raging narcissist!)

That said, I am not sorry I watched what I did, painful as it was, because the show def. has anthropological value. Combined with its success, it is a sobering demonstration of the sort of soul-dead desperation driving wanna-be-occultist/abductees into a never-ending loop of self-generated "evidence" of their own epic lives & chosen-ness (what's that about vanity & greed being the devil's favorite vices?). Bolstered by the Necronomicon-spawned "sub-"culture of (literally) masturbatory self-realization magick, like good host bodies, they are now participating in creating a whole new "sub-"genre of "grass-roots" propaganda, not just for the masses but by them too. O Ye Olde Ones, how far have we fallen?

Worst of all, Hellier being such a hit no doubt validates (in their own minds) all the balloon-hunting idiocy and confirms that they have, indeed, connected to the limp wrist of The Third Order (success is thy proof), becoming Fortean bellwethers whose task is now to lure more hapless thralls onto Satan's smorgasbord. Greenfield kind of says it all, when he's asked if he think what they are doing is a good idea or not: "Just keep doing it until you start noticing the deleterious effects on your body & psyche. Then, once it's too late: just try and stop!" (*evil laughter* ~ yes I'm paraphrasing.)
It is a lot easier to fool people than show them how they have been fooled.

Portal Closing Spell: You May Need It -