I don't think that anyone here is of the mind that the Notre Dame should not be restored. Gross wealth inequality, hypocrisy, the dehumanization of brown people and the ever-accelerating accumulation of capital can still be added to the discussion.

How about everybody that is constantly harping about wealth inequality go earn your own million or two then donate it all away? That would be more practical and effective. You could then choose all your favorite charities and have at it.

The money is out there to earn, why don't you just go do it? Or does it simply make people feel better to rinse and repeat the same worn out agenda points over and over?

The apples to oranges comparison between the "art" of Notre Dame to those of modern buildings lacking any original creative elements is a mockery to the discussion.

Also of interest is that certain relics and statues were removed shortly before the fire. Perhaps it was all just part of the project plan to take down and ship off the statues of the 12 apostles a few days before the fire.

People can't just go out and earn a few million quid. What a stupid thing to say. If it was that easy everyone would be a millionaire, but strangely enough, no matter how hard people try they almost never succeed. It's as if the game is rigged or something (or just that the majority aren't sociopaths).

There is such a thing as too rich, as evidenced by the people now casually throwing around billions. No one needs that much money, and more importantly, no single person should have that much potential power without being elected. If you have that much money you can buy entire countries and their seats at the UN with some well placed "investments", have laws written and passed with armies of lobbyists, think tanks and bought politicians and get a free pass or a limp slap on the wrist for criminal behavior.

Also: the fact that charities exist and are seen as a normal part of society is obscene.
"I only read American. I want my fantasy pure." - Dave

Also, rich people got rich by and large by exploiting others. I believe it's called "getting it made in China" these days.

Pretty much the opposite of love.
-I don't like hoodlums.
-That's just a word, Marlowe. We have that kind of world. Two wars gave it to us and we are going to keep it.

Came across these numbers yesterday. If this translation of https://www.insee.fr/fr/statistiques/1293360 dating back five years, is correct (the numbers have surely increased) the funding being poured into repairing Notre Dame is even more enraging.

In 2012, there were 28,800 people in Paris living sans domicile (homeless), according to the most up-to-date figures from the French statistical agency. That’s 84 per cent more than in 2001. Most of these people were male (59 per cent), single (67 per cent) and foreign (56 per cent). The large majority lived in temporary accommodation (22 per cent in hotels, 17 per cent in social apartments, 47 per cent in homeless shelters). My research mostly concerns people such as François who are part of the remaining 14 per cent: those who live on the street, who neither have a place in a shelter nor an income, and who are most affected by mental-health issues and addiction. The people I worked with during two years of ethnographic research in Paris were called sans abris (without shelter) or sans domicile fixe (without fixed abode). In English, they would be rough sleepers.

Feb 13, 2018 - Nearly a dozen people sleeping rough on the streets of the French capital have died since January 1st, according to new figures as Paris ...

I’ve never been to Paris, don’t know anything about Hidalgo (or any French politicians), the the layout of their government buildings or its version of our Capitol Hill, but wonder how this worked out and if more efforts will be continued as a commitment, not a gesture, during and beyond winter 2019. 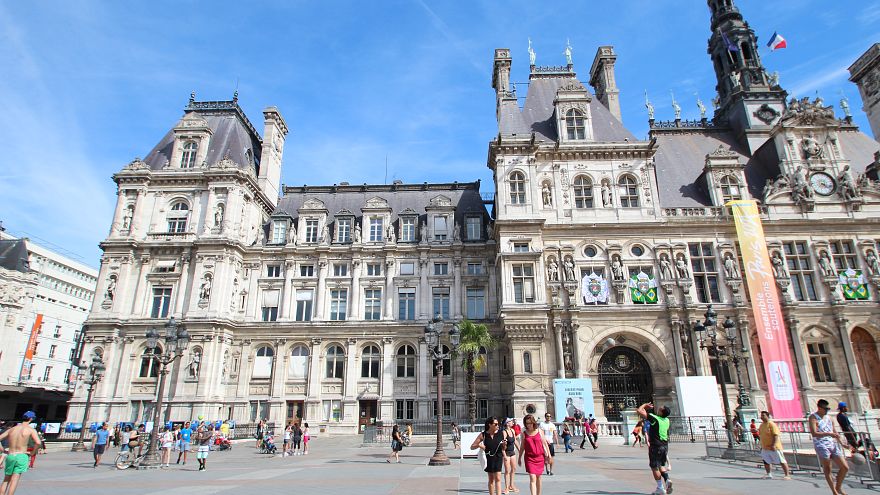 Paris town hall palace will open its doors to homeless people this winter as part of a city-wide plan to use public building as emergency shelters, the mayor announced on Sunday.

Anne Hidalgo, the Socialist mayor of the French capital, announced her plan in the Journal du Dimanche(JDD) newspaper on Sunday, highlighting that some 3,000 places are needed at night shelters across Paris.

"Several districts' town halls — whether left or right-wing — have accepted to open night shelters on their premises," Hidalgo told JDD.
Her own workplace, a 19th century palace in the heart of Paris, will open a night shelter for women, capable of welcoming at least 50 people and up to 100 on nights were temperatures dip particularly low.

The salon des Prévots and the salon des Tapisseries — which Queen Elizabeth II visited during a 2014 trip to Paris — will be transformed as a day centre where homeless people will be given food and treatment and then as a night shelter with beds and sanitary facilities.

"Beyond the symbol, it's concrete. The Paris town hall must lead by example, show that it's possible du accomodate homeless people everywhere, even in one of the republic's palaces," Hidalgo said.

Hidalgo, who had vowed to create 1,500 emergency places for homeless people before the end of the year, has already mobilised various public buildings and urges the government to create the other half of places needed.

"We must all roll up our sleeves. I encourage businesses with empty premises to make them available," she added.

Imagine Washington opening one of its houses of representatives to the homeless and Nancy Pelosi arriving bright & early at The Longworth Building to find them sheltered in her place of worship work. 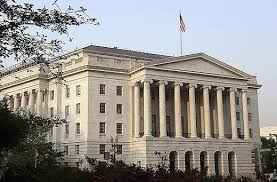 (Speaking of cathedrals and places of worship, a few of Pelosi's homeless constituents in San Francisco way back in 2005......... 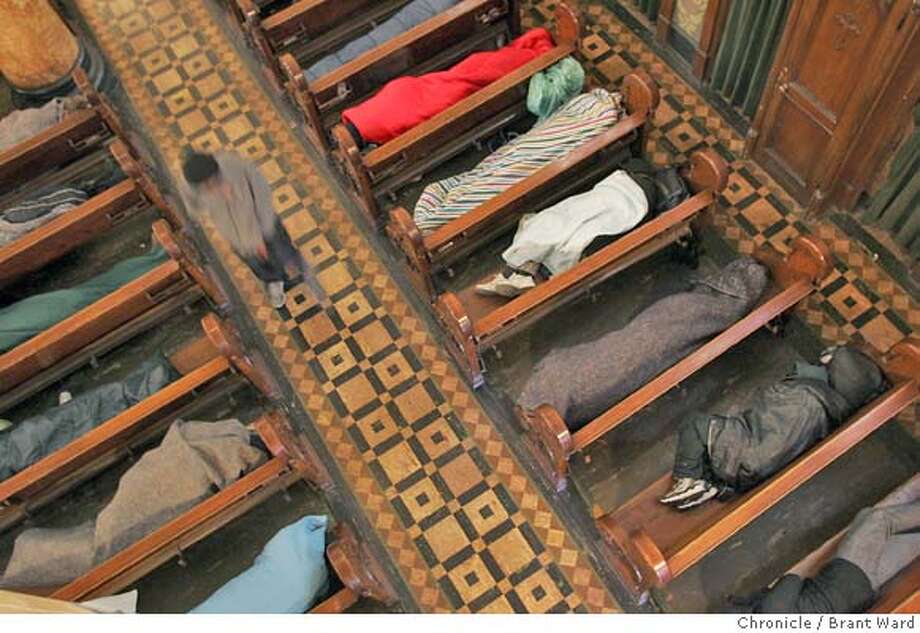 A man makes his way down the colorful blankets warming the homeless. People often stop by the church looking for a friend....they wander around the pews calling out names. St. Boniface church on Golden Gate Avenue in San Francisco has been letting the homeless sleep in the pews. Hundreds come into the church daily to use the bathrooms and get a nap. Brant Ward 1/14/05

Not to beat up on Nancy too much, but none of her important past and present domiciles--Baltimore, San Francisco, Washington--can be very proud of their homeless numbers and how people living in poverty are treated.)

But we shouldn't, though many people do, get their validation for existence from others.
When our expectations are wildly out of sync it creates dysfunction, anxiety and unhappiness.

You may say I'm a dreamer
but I'm not the only one.

A farmer went out to sow his seed. And as he was sowing, some seed fell along the path, where it was trampled, and the birds of the air devoured it. Other seed fell on rocky ground, and when it came up, the seedlings withered because they had no moisture. Other seed fell among thorns, which grew up with it and choked the seedlings.… Luke 8:6

There’s another factor to this I use to say was, fuck the rock seed. Like, too bad some were raised in war torn or terrible lands. I proclaim loudly in protest, “Bless the damn rock seed!” Compassion, its important. Best homeless sign I've ever seen said "I don't want your money, I just want change."

This thread is starting to lack in compassion though. We’re hammering at the rich for doing what the rich have always done. The question is how can people lack the fundamental understanding that there are too many who suffer in this world and for the price of your diamond necklace, you could’ve saved many. Decadence. I refer to this phenomenon as “that Oscar Schindler moment” where he gravely mourns the more he could’ve saved for the price of his ring, or the many that could’ve been saved for the price of his car. Compassion, empathy are greatly important here. Imagine if you were they, begging for mercy, for help, crying out in desperation and no one answered. That is why we must learn to love one another. Care. It’s important…lest you be the one without it.

Not trying to pick anyone apart either. I’m a romantic to the core. If we can’t help each other live better lives, who will?

Careful what you foster. War is wrong. There's millions of reasons to hate one another, none of them are good, but the greatest reason we should love one another, because its the right thing to do. 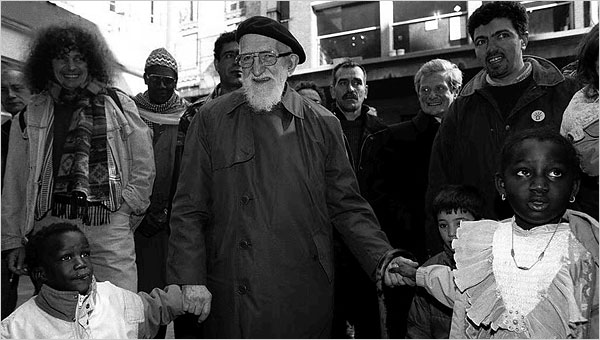 Abbé Pierre, who in the 1950s as a gaunt priest with a crook-handled cane and a profoundly persuasive passion mobilized France to attend to its homeless, then kept pressing his crusade until he became known as the country’s moral compass, died yesterday in Paris. He was 94.

The cause was complications of a respiratory infection, said Martin Hirsch, president of the organization Abbé Pierre founded, Emmaus.

“Friends! Help!” Abbé Pierre cried out during lunchtime news in the Paris studios of Radio Luxembourg on Feb. 1, 1954. It was a cruelly cold winter and the priest said a woman had been found frozen to death on the pavement of the Boulevard de Sebastopol clutching her eviction papers. He also told of a frozen baby.

Within minutes, volunteers began to appear at a relief center, and soon 200 people came with automobiles to search for more victims. Thousands of blankets, tons of clothes and millions of francs were donated. The government, which had previously turned down Abbé Pierre’s pleas for emergency housing, quickly promised 12,000 dwellings.

Abbé Pierre’s remarkable life included being born rich, then giving everything away when he became a monk.

fwiw, his funeral was held in Notre Dame Cathedral... 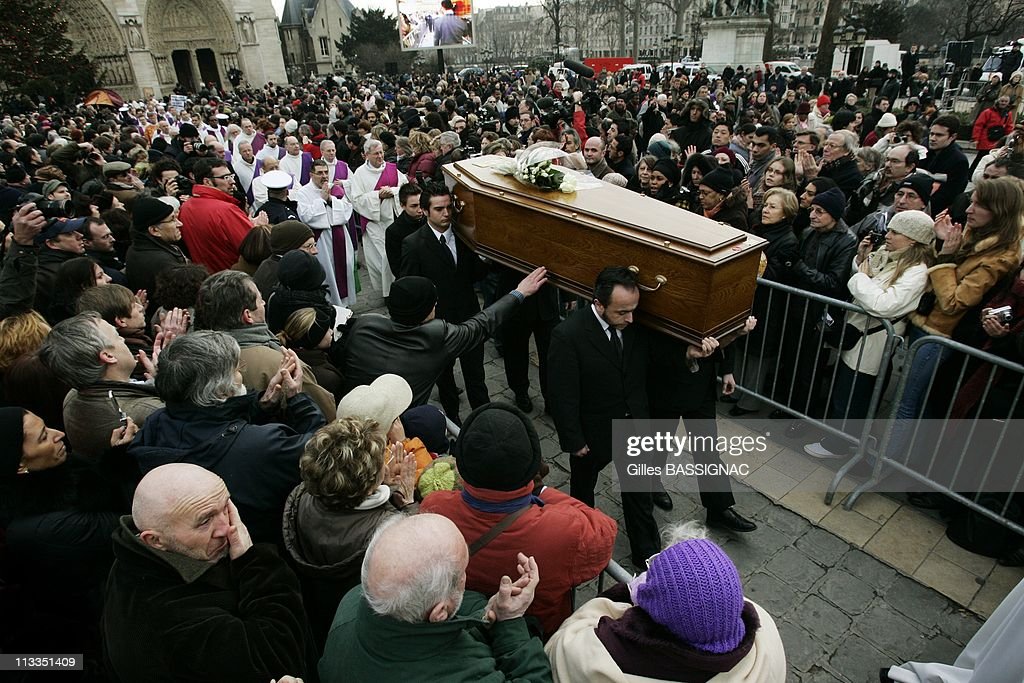 
https://www.youtube.com/watch?v=gpCQdDtrpbg
The greatest sin is to be unconscious. ~ Carl Jung

It (almost) funny how over 5,000 tonnes of really noxious shit can go up in smoke at the Lubrizol plant in Rouen a couple of weeks ago - smoke that the 100k inhabitants of that city got to breathe for a few days - with no mention.

..I mean, it's not as if it poses the biggest risk to public health in France this century or anything.

Some of my favourite cheeses come from Normandy. But never mind.

Users browsing this forum: No registered users and 22 guests