You have never been as obvious in off-topic trolling based on bullshit, so you have nothing to say.

Every one of these statements is defamatory and being sent in for complaint.
We meet at the borders of our being, we dream something of each others reality. - Harvey of R.I.

that's hysterical because this OP is against the rules


complaint already made about that

By the way, and for the record: I fully support Jack in his decision to start this thread and his decision to keep posting in it. The thread just keeps demonstrating precisely why it was, and is, both absolutely necessary and long overdue.

Before there is yet another outbreak of disingenuous accusations of"bullying", "harrassment", "stalking", or any other such really shameless lies, there are a few simple and obvious questions I'd like to see answered beforehand by anyone who thinks of resorting to that infantile tactic yet again:

2. Why did he name this particular board "General Discussion"?

3. a) Why did he create a separate board and name it "Data Dump"? b) Why did stillrobertpaulsen maintain that distinction and introduce an entirely new board called "Current Events"? (Why did he feel he had to?)

4. a) Why did Rory -- now permanently departed, and god knows not for no reason -- start a thread entitled "Rhetoric and the Art of Collaborative Discussion"?

b) How is anyone supposed to discuss anything -- collaboratively or at all -- when 2 posters dominate * the Rigorous Intuition Discussion Board with acre upon acre upon acre of copied-and-pasted verbiage they are either not prepared to defend or else wholly incapable of defending (or taking responsibility for)?

* Those two posters have 50,000 posts between them. Fifty thousand. At a rough estimate, that is 50,000,000 words. Fifty million words. And very few of those words are their own words, or any kind of rational contribution to any kind of discussion at all.

The Rigorous Intuition Discussion Board was hijacked four years ago when Project Willow stepped down as the last co-mod, then gradually and deliberately run into the ground by Wombaticus Rex. At the very least he was indifferent to the survival of this place and called himself, elsewhere, "The Last Moderator". (Yes, I can substantiate this.) This time last year he had been AWOL for over two months while posting away to his Twitter account. It was at least three months after that before he re-appeared on this board, without a single word of explanation or apology.

This time last year there were, to all intents and purposes, only 2 active posters left here, replying to themselves incessantly by recycling other people's copied-and-pasted words. I need not name those 2 posters.

It was not a healthy place.
Last edited by MacCruiskeen on Thu Dec 20, 2018 3:49 pm, edited 3 times in total.
There sawe I fyrst the derke ymagynyng
Of felony [...]
The pyckpurse and eke the pale drede,
The smyler, with the knyfe under the cloke.

seemslikeadream » Thu Dec 20, 2018 2:34 pm wrote:this thread is against the rules and the two other people that started threads like this have been banned

there is no topic

This thread is a response to the rules violations of AD, which opportunistically took advantage of the moderators' absence. In this, AD continues the behavior that got him banned before.

If you have such problems with it, you can just stay out instead of coming in here and continuing the six-year campaign of stalking and harrassment based on your hallucination -- at this point, a fabrication -- that anyone here, let alone I, ever told YOU to "kill yourself." Which I never did. Every time you make this claim, it is libel, slander and trolling. Online stalking and harrassment. Cease and desist.

you should cease and desist your campaign and this OP should be locked and sent to the Fire Pit along with your Kill Yourself thread where it can keep it company .... 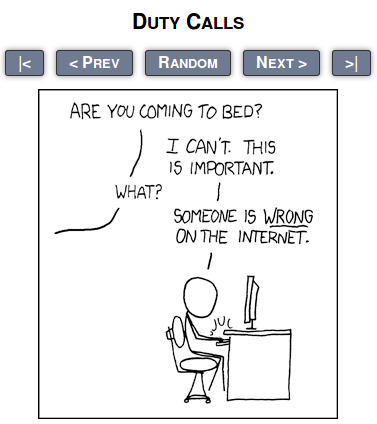 SLaD: Re: that (execrable) writer whose stuff American Dream recently copied-and-pasted to this Discussion Board for the umpteenth time: He is someone you have now mis-named at least three times in at least three separate posts. His name is not Alexander Reid, but Alexander Reid Ross. You are defending a writer you know literally nothing about, not even his name. These things matter, and it's symptomatic that you don't even notice you're doing it.
There sawe I fyrst the derke ymagynyng
Of felony [...]
The pyckpurse and eke the pale drede,
The smyler, with the knyfe under the cloke.

I know enough and so does Truthout and Haaretz...more than you I have read his stuff at both places
his full name was obviously in the links I posted but of course you were unable to read that far...I guess you missed that .....7 times his full name is listed ...I posted those also


Are you in favor of banning Haaretz and Truthout?

seemslikeadream » Tue Dec 18, 2018 9:48 am wrote:if Haarretz can publish Alexander Reid and still does after that article was written why can't he be posted here?

if Truthout publishes Alexander Reid and still does after that article was written why can't he be posted here?

Is it that Jack saw Alexander Dugin and Cassandra Fairbanks in the same circle what set him off this morning?

^^ Revelation of the method: Provoke someone beyond endurance, then whinge that you are being bullied when they finally lose their temper at you and resort, for once, to ALL-CAPS and the f-word. Then wait for the Mods to step in and save your bacon, because they can then claim (not plausibly, but it'll do in a pinch as an excuse) that all sides are equally to blame, tut-tut, locking.

JackRiddler -- with whom I have disagreed at times, including recently -- is the most competent and conscientious writer still left on this board. If he misnamed the execrable Reid Ross in the course of responding to your incessant attacks, then only because you had been so persistently misnaming the execrable Reid Ross yourself, about whom you claim to care so much.

You would push people like JackR off this board (just as you and the other Dream have succeeded in pushing 30+ other valued posters away, both men and women) for being knowledgeable, literate, witty, spirited, and capable of discussing anything both honestly and rationally. You may yet succeed in making Jack -- and who knows, Elvis too? -- give up on this place for good. You may well manage to make this place entirely your own. But then please at least have the minimal decency to rename it.

For the time being, this is still the Rigorous Intuition Discussion Board. Like all words worth using, those words mean something, and they matter.
Last edited by MacCruiskeen on Thu Dec 20, 2018 5:08 pm, edited 2 times in total.
There sawe I fyrst the derke ymagynyng
Of felony [...]
The pyckpurse and eke the pale drede,
The smyler, with the knyfe under the cloke.

Fascism, SB 1070 and the Arizonafication of the US
BY
Alexander Reid Ross, Truthout
PUBLISHED
December 31, 2016
https://truthout.org/articles/fascism-s ... of-the-us/

Jack, what you have termed my, “light-weight, middle-of-the-road down-home bullshit act” is my attempt to again appeal to reason, common decency and fundamental respect among fellow adult human beings to stop juvenile infighting.

You have again demonstrated you are incapable of complying with that call for common sense behavior on this board and have denigrated and dismissed it, adding your usual personalized insult to anyone who disagrees with you.

That conduct is precisely why the POTUS is also so overwhelmingly abhorrent to his world audience, except for a few sycophants like those who support your rants. Trump is arrogant, socially ignorant and an extreme narcissist who cannot see beyond his own egocentric self-delusion of absolute omnipotence. He has no tolerance for any opposition, disagreement or criticism of himself and his views.

My attempts to appeal to our more reasonable and balanced better instincts and mores as sane adults interacting respectfully on a diverse discussion board is lost on you.

I understand that now for the insight you have again affirmed as your character.

Regardless, other members here are equally entitled to their uniqueness and different set of values, opinions and perspectives quite opposite your own. Grow up and live with it. It’s called tolerance. It involves peaceful coexistence and respect.

sorry you have to mis represent the facts Mac....yours sincerely Plastic Paddy

you love the slurs (in your own mind that is) don't you Mac?

for Mac who seems confused because he can not read my posts fully before he replies to them to accuse me of some nefarious postings...his full name was in the links I provided ...but any port in a storm ...hey Mac? Or is it that you have trouble reading photos?

here let me help you with that...we can still link to Haaretz ...can't we?

Opinion Even After the FBI Declared His Proud Boys Extremists, Gavin McInnes' 'Hip' Fascism Retains Its Toxic Appeal
McInnes and the Proud Boys dressed racist far-right views in a hip new uniform. Now he's resigned as their leader – but they won't be disappearing, nor will the resurgent anti-Semitic, racist and violent nationalism they incubate and spread

Opinion Hitler in Brasilia: The U.S. Evangelicals and Nazi Political Theory Behind Brazil's President-in-waiting
Mix up fascist geopolitics, Pat Robertson's LGBT hate, Bannon's nationalism and Putin's shills and you get Jair Bolsonaro, who's nostalgic for the U.S.-backed dictatorship that tortured and killed thousands of leftists - and he's about to come to power

Opinion In Portland, I Witnessed the Violence of White Pride in Trump's America
Portland, once known as America's far-right skinhead capital, was the scene of a hate crime 30 years ago that galvanized action against white supremacist gangs. This Saturday, with a tailwind from the Trump White House, far-right political violence returned to its streets

Opinion How Trump's Foreign Policy Is Making Russian Fascism Great Again
As he sabotages America's strategic alliances in favor of pro-Kremlin autocrats, the president is acting out the geopolitical fantasies of Alexander Dugin, rising Russian fascist ideologue and guru to Trump's alt-right base

Opinion How Assad's War Crimes Bring Far Left and Right Together - Under Putin's Benevolent Gaze
The 'anti-imperialist' left is now shilling for tyrants in Damascus and Moscow. And conspiracy theories are the toxic glue binding them to their fellow Assad and Putin apologists on the alt-right

Lots of faux-humanist blah-blah unrelated to the facts of the case follows. If you've got nothing to offer other than general life-affirming philosophy, why are you involving yourself in an argument that hinges on whether concrete facts are correct or not?
We meet at the borders of our being, we dream something of each others reality. - Harvey of R.I.