Fourth Base, if you are AGAIN going to hijack this thread into nonsense about mental illness, I'm going to ask mods to delete your posts.

Your OP is the stupidest piece of shit ever posted on this board.

Dealt.
“Joy is a current of energy in your body, like chlorophyll or sunlight,
that fills you up and makes you naturally want to do your best.” - Bill Russell

Trying to read something reputable (i.e., non-McAdams) about Mather, since there's always a good chunk of truth in your d...I mean, misinformation. But sadly, I can't find anything worthwhile so far. Perhaps you could follow the time-honored internet tradition of posting url links to reading material you expect other people to be familiar with.
“Joy is a current of energy in your body, like chlorophyll or sunlight,
that fills you up and makes you naturally want to do your best.” - Bill Russell

Anyway, you mentioned Depakote, but the implication is always that Hugh is "schizophrenic", which will undoubtedly require "treatment" with meds. That means major tranquilizers AKA "antipsychotics".

This is a very simple matter: provide the evidence that these drugs work by physically "normalizing" the brain. Keep in mind, if you acknowledge that psych drugs have specific effects(eg that they're tranquilizers, stimulants, etc) you're already contradicting psychiatry; the APA staunchly insists that the drugs DO NOT merely suppress symptoms, but in fact physically return the person's brain makeup to a "normal" state.

When psychiatrists tell you that a drug raises serotonin levels or suppresses dopamine, they're giving you an incomplete description of the drug. All drugs work by changing neurotransmitter levels; that's certainly not specific to psych drugs. When psychiatrists describe a drug that suppressed dopamine levels, they're omitting the fact that this is the mechanism by which the drug causes heavy sedation. Period.

What's your explanation for why those drugs were originally referred to as "major tranquilizers" by their own manufacturers? Why is it that the drug literature now claims that the drugs' mechanism is "unknown", even though the drugs' own manufacturers originally touted them as a new class of heavy tranquilizers? What about the fact that patients are now told that sedation is a "side effect", when in fact it's the drug's intended effect?

Some brain disorders literally eat away at a person's brain matter.

BZZZT. Wrong. It's a funny thing... in those studies which demonstrate shrunken frontal lobes or fewer than normal serotonin receptors in the "mentally ill", it's never considered that these brain characteristics are consistent with brain damage from the meds they take every day.
Last edited by thegovernmentflu on Thu Oct 09, 2008 5:01 pm, edited 1 time in total.

BZZZT. Wrong. It's a funny thing... in those studies which demonstrate shrunken frontal lobes or fewer than normal serotonin receptors in the "mentally ill", it's never considered that these brain characteristics are consistent with brain damage from the meds they take every day.

Actually, it is, you twit. You just can't stand being wrong. Tough shit.

You clearly have too much emotionally invested in believing that this pill "cures" you, when in fact it merely suppresses your unwanted psychological problems.

Hugh, note that I had dropped the subject per your request, and Mr. Flu here resurrected it. Please find me some decent reading material online re: Carl Mather and Collins radio, thanks.
“Joy is a current of energy in your body, like chlorophyll or sunlight,
that fills you up and makes you naturally want to do your best.” - Bill Russell

BZZZT. Wrong. It's a funny thing... in those studies which demonstrate shrunken frontal lobes or fewer than normal serotonin receptors in the "mentally ill", it's never considered that these brain characteristics are consistent with brain damage from the meds they take every day.

Actually, it is, you twit. You just can't stand being wrong. Tough shit.

Burden of evidence is on you, asshole.
You're the one making the extraordinary claim.
So, um, how about some fucking evidence? Thanks.

Actually, it's on you. You're the one who claims that psychological problems are caused by specific-but-undetectable brain diseases, and you urge people to take drugs that supposedly "treat" these illnesses. Extraordinary claims, indeed.

Are you a Scientogist or something? No? Then step the fuck off, bitch. I own you. Recognize.

Nope, but it appears that you're a moron. Anyway, that an interesting take on this, considering that you haven't addressed most of the direct questions that I posed in my original response.

I hate to break this to you, but YOU are the fucking asshole, and you're coming off like a brainless shithead. Bluster and appeal to authority all you want; your entire posts can be condensed down to "fuckity fuck I'm right you're wrong fuck fuck fuck Scientology BITCH!" Isn't that how drunken frat boys argue when they have absolutely nothing substantive to say?

This isn't worth my time. I think you'll realize very soon that you've embarrassed yourself here and possibly damaged your credibility.

Temporarily locking until we figure out what to do.
Choose love

Here's another look-alike featured on PBS tuesday night in...

BTW at the end of the show someone named Erik Oswald shills for Exxon-Mobil:

...just showing how doubles can be found...

Ruth Paine, a CIA operative, handled the Oswalds and helped with the frame-up

http://media.myfoxdfw.com/JFKvideo/videos.html
(To watch clips of a 1963 interview with Ruth Paine lying casually and playing innocent about the Oswalds, scroll down, select "Ruth Paine interviews," select one of the five choices, when her image comes up in a tv set frame, hit play on the tv's knob.)

Ruth Paine Grants First Interview
Marina Oswald's roommate, Ruth Paine, explained how she met the Oswalds and why she offered Marina a room in her home.

Paine Describes Marina Oswald
Ruth Paine explained that Marina was a very intelligent woman, but that she was still just learning the English language.

Paine Recalls Day of Assassination
Ruth Paine described the day she and Marina sat down together and watched the news of the assassination. She said Marina was fond of the Kennedys.

Paine Speaks Out 40 Years Later
Forty years after the assassination, Ruth Paine recalled the Oswalds and commented on conspiracy theories -- even some pointing at her.

Jean Hill and Mary Moorman were closest to JFK's limo at his death. 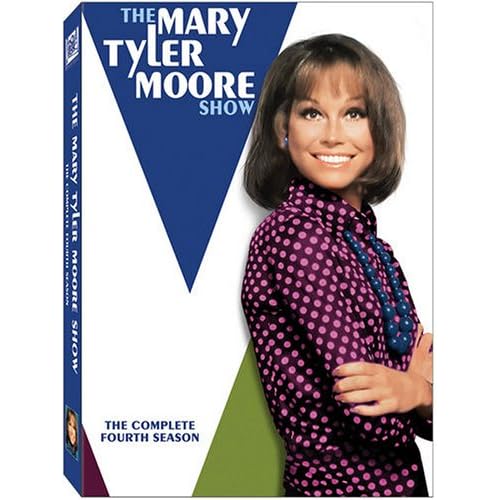 Jean Hill and Mary Moorman, closest to his limo at his death

Jean Hill and Mary Moorman, closest to JFK's limo at his death

Laverne and Shirley, on the air 1/26/76-5/10/83, from Church Committee on CIA abuses through House Select Committee on Assassinations

Laverne and Shirley, on the air 1/26/76-5/10/83, from Church Committee on CIA abuses through House Select Committee on Assassinations "Squiggy" on Laverne and Shirley, on the air 1/26/76-5/10/83, from Church Committee on CIA abuses through House Select Committee on Assassinations

Another 'Laverne and Shirley' image

Somebody framing up Lee Harvey Oswald in Mexico City

THE GUN THAT DIDN'T SMOKE*

[Editor's Note: The authors present a definitive study
establishing the existence of conspiracy in the death of
JFK revolving about a seemingly minor matter of evidence
--a rifle clip--that contaminates the ballistic evidence.
George Michael Evica has characterized this study as one
of the most important in the history of the case.]
.....
In fact, the Allen, Beers and Owens photos are among the best proof of conspiracy. As will be seen, those photos forced the bizarre, deafening silence that continues to surround the clip. Those photos forced the conspirators into a hasty coverup of their worst mistake: thinking a clip was needed inside this rifle to satisfy its load-fire-reload characteristics. Without those photos, the conspirators could have said, "Nope, we didn't find any clip. It must have ejected normally and been ditched by the suspect." Had those photos never existed, we can be sure there would be no need for a clip in evidence, or any twenty-four-hour consensus about a Mauser.
CIA runs mainstream media since WWII:
news rooms, movies/TV, publishing
...
Disney is CIA for kidz!

I was reading this thread a couple days ago and this morning I was reminded of the Lone Wolf picture...

The lead for the story was that Obama was the most threatened President-Elect ever.

When you know, when you can see the fractal, recursive, re-iterative nature of reality, a reality that speaks to everyone, at all levels, in all things, with all ways of seeing, of all truth, to all people, you can begin to understand that Hugh really is onto the truth, if the truth can be divorced from it's endless refracturing reflections.

And if you can parse that sentence then you're a better man or woman than I.

Inferior conjunctions of venus, from Earth:

Uploaded with ImageShack.us
And while we spoke of many things, fools and kings
This he said to me
"The greatest thing
You'll ever learn
Is just to love
And be loved
In return"

Return to Psyops and Meme Management