Slain soldier told kin to investigate if she died

The Quincy soldier mysteriously slain by a bullet to the head on a secure Afghanistan airbase feared something might happen to her after discovering “something she didn’t like,” her devastated family revealed.

Massachusetts National Guard Spc. Ciara Durkin, 30, was found with a single gunshot wound to her head behind a building at Bagram Airbase on Sept. 27.

“The last time she was home she said she had seen things that she didn’t like and she had raised concerns that had annoyed some people,” said Durkin’s sister Fiona Canavan, 44, of Quincy.

“She said, and I thought she was joking, that if anything happened to her we had to investigate.”

Canavan said she did not know what her baby sister had seen or whom she had told, and she rejected the notion that Durkin committed suicide. The military has not answered the family’s questions about her death, she added.

Publicly, the military will only say her death is under investigation.

Canavan said Durkin was openly gay, but she did not believe that had anything to do with her death.

Kennedy said he has spoken to Geren to make sure the family’s concerns are known and addressed at the highest level while Delahunt wrote to Geren.

Ireland’s Department of Foreign Affairs has also weighed in, confirming it contacted U.S. officials in Dublin and Washington after a plea for answers from Durkin’s relatives in Ireland.

Durkin was assigned to the 726th Finance Battalion, Massachusetts Army National Guard at Bagram Airbase where she helped make sure soldiers in Afghanistan got paid.

“(The military) is definitely holding back,” said Canavan. “As to why we can only speculate.”

She said it could take anywhere from three weeks to three months for her sister’s autopsy report to be released.

Officials initially told the family Durkin was “killed in action” but changed their story over the weekend, saying she perished from “non-combat related” injuries.

Durkin was deployed to Afghanistan in February and was due to return home in January. Her funeral is Saturday at St. John’s Parish Church on School Street, Quincy.

Okay, why the fuck wouldn't she tell SOMEONE in her family what she had seen? Come on goddamnit, TELL PEOPLE don't just leave vague clues, it's not some fucking treasure hunt.

FourthBase wrote:Okay, why the fuck wouldn't she tell SOMEONE in her family what she had seen? Come on goddamnit, TELL PEOPLE don't just leave vague clues, it's not some fucking treasure hunt.

Maybe her life would have been ended quicker? What would you or anyone do in a situation where you seriously thought you were about to be taken out? I'm pretty sure communications by soldiers are monitored.

Who knows.
"Do you know who I am? I am the arm, and I sound like this..."-man from another place, twin peaks fire walk with me

Maybe she saw something to do with the heroin trade? Kanika Powell suspected something when the man knocked on her door claiming to be an FBI agent. He held a badge up to her peephole but walked away when Powell refused to open up without seeing a photo ID.

Five days later, there was another knock at the door of her Laurel area apartment. This time a different man, who said he was delivering a package. When Powell again refused to open the door, he also left -- no package, no note where it could be claimed.

Five hours later, Powell was outside her door after returning from errands. Someone was waiting in the hallway and opened fire, riddling her with bullets. She died a day later, this past Friday, and police have no idea why she was killed.

Her slaying has all the trappings of a television drama: e-mail messages Powell, 28, left behind about the strange men coming to her door; her mysterious career at the Johns Hopkins University Applied Physics Laboratory, where she worked as a security specialist; the FBI's insistence that none of its agents approached the woman; and investigators who say they can find no apparent motive for her killing -- no spurned lover, no robbery, no signs of gang activity, nothing...
http://www.washingtonpost.com/wp-dyn/co ... 04010.html

Whatever became of the Ciara Durkin case?
(not that the case above bears any resemblance to these): 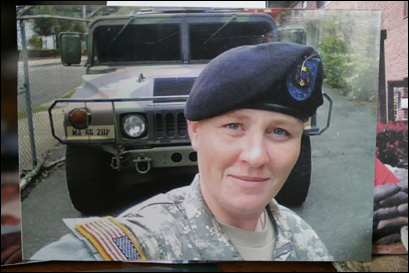 As noted in an earlier post, Ciara Durkin was a financial officer doing payroll at Bagram Air Base in Afghanistan. Not long ago, she died mysteriously. Before her apparent murder, she had told her sister: "I discovered some things I don’t like and I made some enemies because of it."..

Another soldier told the family that drugs were rampant at Bagram, and that she herself had used drugs there. According to Santiago, the soldier said she had seen drug sales taking place in a room at the base, with large amounts of cash on a table. The soldier said she believed Spc. Torres must have seen something he didn’t approve of, and paid with his life..

As Kos diarist MichiganGirl reminds us, Seymour Hersh did a major expose of the drug trade at Bagram..

The Un-American Lockheed Martin and Treason for Profit... 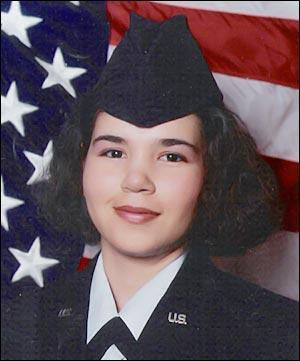 CIVILIAN Geraldine Marquez, 31, from Victorville, CA died at Bagram Air Base when a bomb exploded at the front gate the day that Vice President Dick Cheney visited..

Greg Mitchell: Why Did U.S. Soldier Kill Herself -- After Refusing to Take Part in Torture? - Politics on The Huffington Post

http://www.blackopforum.info/index.php/topic,14.0.html
We’re in the upside down.

It reminds me more of the John Kokal Case:

November 20, 2003 (FTW), WASHINGTON -- In a case eerily reminiscent of the death of British Ministry of Defense bio-weapons expert, Dr. David Kelly, an official of the State Department's Bureau of Intelligence and Research Near East and South Asian division (INR/NESA), John J. Kokal, 58, was found dead in the late afternoon of November 7. Police indicated he may have jumped from the roof of the State Department. Kokal's body was found at the bottom of a 20 foot window well, 8 floors below the roof of the State Department headquarters near the 23rd and D Street location. Kokal's death was briefly mentioned in a FOX News website story on November 8 but has been virtually overlooked by the major media.

Interestingly, the FOX report states that State Department officials confirmed Kokal's death to The Washington Post yet the Post - according to an archive search - has published nothing at all about Kokal's death. A subsequent search revealed that the Post had made a short three-paragraph entry the death in the Metro section on November 7, 2003. However, the Post entry stated that Kokal did not work in intelligence and the story does not show up in the archives.

Kokal's INR bureau was at the forefront of confronting claims that Iraq possessed weapons of mass destruction. Washington police have not ruled out homicide as the cause of his death. Kokal was not wearing either a jacket or shoes when his body was found. He lived in Arlington, Virginia...
http://www.fromthewilderness.com/free/w ... kokal.html

The David Kelly murder in turn has always reminded me of the William Colby Case.

In real life, its probably these kind of people who are "the good guys" (in a relative way - some people actually do take their vows seriously). Who say something out loud when they see shit they dont like. And usually, instead of a Jason Bourneish comeback and righting things, the corrective action is a bullet to the head. And a new murder mystery to join the long list.

Users browsing this forum: No registered users and 18 guests