"Dr. Shaw," as in Clay Shaw the CIA's man in New Orleans who patsied up Lee Harvey Oswald
and was unsuccessfully prosecuted by DA Jim Garrison from 1967-69.

Now a character in 'Prometheus.' ....woo woo.
In the trailer she's leaving a video message listing all her degrees...as in...'intelligence.'

spoken: "...that difference is proof....Do you feel that all the science in the world will never give us the answers we really want?"

we're back from the shadows again... 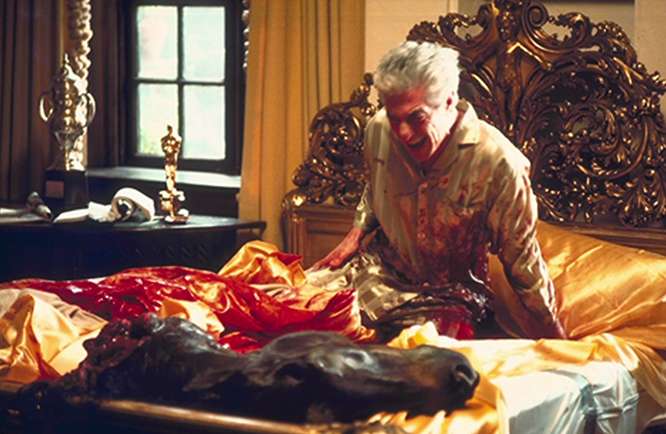 @ 43:30 on the latest episode of The Dana Gould Hour, Mr. Gould takes a break to shill for his sponsor audible.com.
audible has thousands of books that Gould could mention, and yet again he singles out King's "11/22/63". @ 50:10 of Episode 307 of WTF during an interview of Tenacious D, Jack Black makes mention of the fact that both of his parents were aero-space engineers, with his father working specifically on intelligence satellites.
.
“Come, & keep your comrade warm.” - Majestic-12 [Bot]

IanEye wrote:Jack Black makes mention of the fact that both of his parents were aero-space engineers, with his father working specifically on intelligence satellites.

sigh.
i should probably rename this thread at some point... @ 01:12:00 in a great interview with Kliph Nesteroff, Marc Maron discusses how a young Roger Ailes orchestrated Richard Nixon's cameo on the not so counter-cultural "Laugh-In".
Also mentioned is the fact that Lorne Michaels got his start on "Laugh-In".

So, from building up Richard Nixon to tearing down Gerald Ford, it's just laughs all around...
.
“Come, & keep your comrade warm.” - Majestic-12 [Bot]

Re: family of podcasts

Thanks for posting that, Ian. It's funny because Russ Baker starts out by sounding like one of his biggest critics, Hugh Manatee Wins, with talk of using up bandwidth on bit players in the 'Deep State'. That might also be a defensive reflex Russ has developed in response to critiques from the likes of Jim DiEugenio.

While I personally find Russ Baker very interesting and informative, it's always within the context of that cautionary note sounded by his detractors. Which, as noted above, is how Russ Baker himself starts the interview. With the line about deflecting attention away from the known perpetrators...

streeb wrote:I think it's bullshit. Interesting that he doesn't include David Atlee Phillips in the plot. LBJ? Sure. Whatever.

This is a partial admission of something resembling truth, with an all important clause exonerating Hunt. It'll satisfy a portion of the assasination nerds, but I don't buy it. And to use his son as the messenger? Assuming that any of this actually transpired between Hunt and St. John, and further assuming that Hunt is feeding him lies, then it's a hugely shitty thing to do. But not worse than anybody reading this blog would expect from the man.

So a couple of snooty critics and uptight theater patrons are upset about a sketch in The Second City Does Dallas, the new Dallas Theater Center comedy that just opened at the Wyly. The bit comes toward the end of the two-hour evening of satire, which hits on such easy-aim Dallas targets as the death-rays shooting off Museum Tower and the intolerant attitudes of Highland Park (where, their punch line goes, you can be pulled over and ticketed "for driving through Highland Park").

This is a topical show, written and performed by members of the famed Second City comedy troupe from Chicago. They do revues like this in other cities, too, sending a couple of writers -- for this one they sent Brooke Breit and Ed Furman -- to town a few months in advance to gather topics from conversations with locals.

I went to lunch with Breit and Furman this summer. They were nice kids but not exactly a barrel of giggles over burgers at Lee Harvey's. They turned out to be funnier writers than talkers. I laughed a bunch at Second City Does Dallas, which I saw opening night. Wouldn't mind seeing it again to hear lines I missed when everyone else was laughing louder than I was.

This brings me back to the bit theatergoers are giving DTC flak about.

Toward the end of a fast-moving two hours of digs at Mayor Rawlings (depicted as a pizza-obsessed good ol' boy), Dallas Cowboys Cheerleaders (a chubby guy in drag tries out for the squad a la Chris Farley and the Chippendales) and how nobody gives a shit about Fair Park except when it's corny dog season, they do a sketch about the upcoming 50th anniversary of the JFK assassination.

The scene is framed as a meeting to figure out what Dallas should do to commemorate the city's darkest hour and how the event can turn a profit. Actor Amanda Blake Davis plays the boss, with cast members Frank Caeti, Martin Garcia, Liz Mikel, Scott Morehead and John Sabine chiming in with ideas. (Sabine, by the way, grew up in Lake Highlands and graduated from Jesuit College Prep.)

As they pass on things like parades and candlelight vigils, Sabine keeps popping up to offer the most egregiously offensive suggestions. Like, using one of those wavy cloth figures that dance over car lots to greet people at the Grassy Knoll (which is, after all, "the only grassy knoll in the entire world"). Or selling "before and after" JFK bobble-heads. Or building a rollercoaster called "The Magic Bullet" that would take riders through the hole in a giant JFK head. Each time the guy spouts one of these tasteless notions, he's shouted down by the rest of the group, even when he insists "I've got a buddy" who can get the bobble-heads wholesale or build the thrill ride cheap.

Then Sabine, in character as the office boob, suggests flipping the event to celebrate Jack Ruby's murder of Lee Harvey Oswald instead. Shut up, say the others. OK, and I'm paraphrasing the material here, what if the only way to draw attention away from Dallas on November 22, 2013, was if another president was assassinated somewhere else? "I've got a buddy," says Sabine. And blackout.

Some comments on Dallas Theater Center's Facebook page have expressed mild outrage at both the jokes about JFK as a bobble-head and the suggestion of another presidential assassination. A spokesperson at the theater said a few patrons had called or emailed to ask that the bit be taken out of the show. A couple of local theater critics have typed their disapproval in their reviews, with one saying flatly, "It's not funny."

It's only not funny if you don't get the joke. Here are five reasons why this sketch, given the context of the show it's in, is hilarious...

"you may give the whole system away..." WTF: @ 11:45 Jimmy Walker in the middle of describing touring with the Last Poets,
relates a time when Fred Hampton confided to Walker that the FBI was determined to assassinate him. 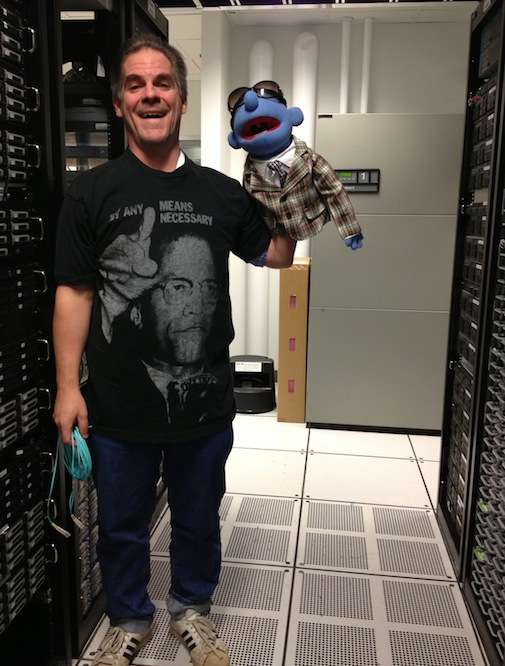 hey, i have been busy with a freelance gig the past week, working so hard i've got blisters on my fingers. stuck in a very loud server room in Erie County, Ohio.
anyway, as i have been busy manipulating Os & 1s, i have had some time to catch up on some podcasts.
i have to wear noise canceling headphones because of OSHA regulations, so i might as well listen to something.

@ 15:51 we get a beyond the grave confession of who actually wrote the screenplay for "¡Nacho Libre!" in this episode of RISK!

and a little light is shed by the moon over parador @ 43:22 by Pat Buchanan


and in the main, the whole concept of cognitive therapy is considered as a WTF situation, right here: 333.

in the 70's, Main St Records was called Omega Comics. 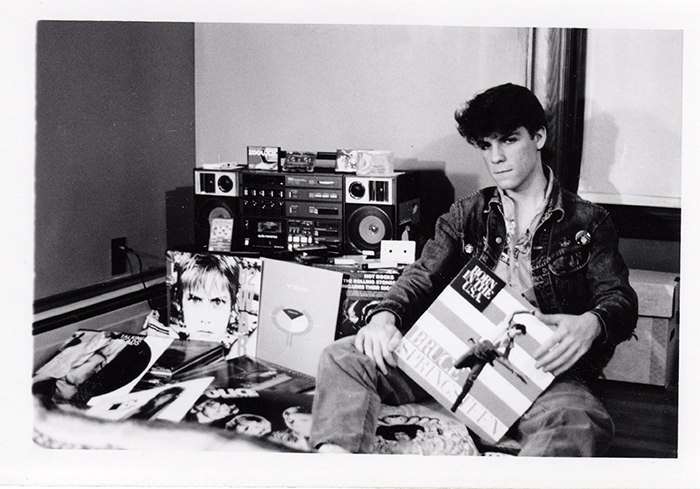 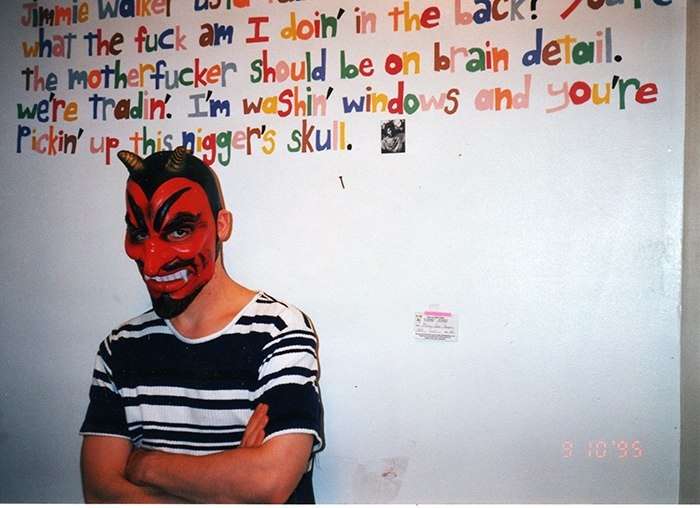 then I knew it from the start - this friend of mine would fall apart
pretending not to see his guilt - i said, "let's go out and have some fun"

“JFK” was based on “On the Trail of the Assassins,” by Jim Garrison, a former Orleans Parish district attorney who, in 1969, unsuccessfully prosecuted Clay Shaw, a New Orleans businessman, for conspiring to kill the president. Kevin Costner played Garrison as an Atticus Finch type fighting an ingrained power structure, though Garrison is dismissed by many mainstream historians as a con man. In researching “JFK,” Stone also relied on L. Fletcher Prouty, a former Air Force colonel who, before becoming disillusioned with government, was chief of special operations for the Joint Chiefs of Staff during the Kennedy administration. Prouty never actually met Garrison except in Stone’s film, where he is Donald Sutherland’s Colonel X, who lays it all out for the D.A. in the shadow of the Washington Monument — how the military deliberately underprotected the president in Dallas, how defense contractors, big oil and bankers conspired with the military to make sure the president died because he didn’t intend to go to war in Vietnam. Costner is a kind of stand-in for Stone, soberly shaking his head as X says: “Does that sound like a bunch of coincidences to you, Mr. Garrison? Not for one moment.”

In advance of the film’s release, Stone pronounced “JFK” “a history lesson.” Prouty, however, who died in 2001, turned out to be extremely problematic. He had many theories in addition to his theories on Kennedy, including that the Joint Chiefs of Staff had foreknowledge of the Jonestown Massacre and that greedy oil barons invented the fiction that oil is made of decomposed fossils. And it was Prouty, Stone said, who turned him on to “The Report From Iron Mountain,” a 1967 document ostensibly written by a secret panel of military planners. The document is a favorite among conspiracy theorists, who, like Prouty, seem unaware that in 1972 the satirist Leonard Lewin admitted he wrote it. “I’ve acknowledged when I’ve made mistakes,” Stone said of the movie now. “There were a few mistakes, but nothing that changes the big story.”

It has been more than 20 years since Stone made “JFK,” a film that he now says should be looked at not as history but as a dramatized version of it — “the spirit of the truth.” “It’s called dramatic license,” Stone said about his approach in “JFK.”