In his newly published memoir, Dick Cheney provides such an intriguing coda to his service on the House Intelligence Committee that it could been the opening of a Le Carre novel. He writes that in May 1987 James Jesus Angleton, the former head of CIA counterintelligence, requested an urgent meeting with him to reveal to him something of “vital importance.” He immediately scheduled it but, just days before it was to take place, Angleton died, taking the unconveyed message to the grave with him.

No, sir, I contend that this article of yours is not huge and pointless, but epic and essential. If you deny this fact, I shall consider you a bald-faced liar (whatever that means) henceforth. It's fucking braw work, and should be flagged up as such. A little less you self-deprecate, a little more you brag. It is incumbent upon thee. Otherwise folk might miss it.

Here's a nice wee song about Angleton, from the point of view of his fictional driver [like, in a car], for those who mightn't know it yet:

"The universe is 40 billion light years across and every inch of it would kill you if you went there. That is the position of the universe with regard to human life."

Dick Cheney ... writes that in May 1987 James Jesus Angleton, the former head of CIA counterintelligence, requested an urgent meeting with him to reveal to him something of “vital importance.” He immediately scheduled it but, just days before it was to take place, Angleton died, taking the unconveyed message to the grave with him.

Remarkably, BBC Scotland were able to produce a fictionalised film of this meeting, even though it never happened. And they made it in 1979! Even though it's impossible that this could be true, the film still seems accurate - though Cheney has long-ish hair, and Angleton looks more alive than he ever did in life.

I bet this is how it would've gone, if Angleton had held on a bit longer.

Not exactly Bob Dylan and Woody Guthrie. And that's the point.
"The universe is 40 billion light years across and every inch of it would kill you if you went there. That is the position of the universe with regard to human life."

YAH!!!! You have just given me the opportunity
to use the longest word in standard English.

Wombat, your article is stunning. It is awesome. YOU, however, indulge in reflexive
floccinaucinihilipilification
about your work.

It is a seriously great piece.

Have just started it but have already profited immensely.

If I knew all mysteries and all knowledge, and have not charity, I am nothing. St. Paul
I hang onto my prejudices, they are the testicles of my mind. Eric Hoffer

The middle name's Jeezus rather than Haysoos, I assume?

That is an awesome word, and also - fuck me - a real one!

Sorry about the incongruous and pointless Scottish video everybody, it seems I honestly can't help it anymore.

It was almost, kind-of, tangentially relevant, or seemed so at the time. In a way. A bit. To me.
"The universe is 40 billion light years across and every inch of it would kill you if you went there. That is the position of the universe with regard to human life."

Wombat or anyone: ever heard of this book, or better yet, read it? Serendipitously, just tonight I had it suggested to me by a retired historian during a discussion we were having about another mildly hair-raising subject. Read the description, and had the eyebrows go up at this, since we hadn't been discussing JJA:

Winks relates how faculty members at Yale adjusted their research to assist in military intelligence during World War II and why a large percentage of Yale graduates were recruited into the Office of Strategic Services. He then describes the valuable work many of these men performed. Included is the story of the controversial Donald Downes, class of '26, who the author believes came close to being the perfect spy. The most interesting figure in a book crowded with them is James Jesus Angleton, class of '41, a legendary theoretician "who brooded longest, and perhaps with the greatest penetration, over the specialized methodology of counterintelligence." In relating Angleton's complex story, Winks analyzes the CIA's "Israeli connection," the Great Mole Hunt, the Church committee hearings and the development of policy differences within the intelligence community that led to Angleton's downfall as chief of U.S. counterintelligence. There is much new material here, based on interviews and recently declassified files. Winks is a Yale history professor. Illustrations.

Sadly, I had that stolen off my porch along with several other books and haven't had the extra cash to re-order them. I do get some small consolation from the image of my shitface meth-head neighbors chewing on those books in frustration and confusion.

What Really Happened to Strauss-Kahn?

The New Yorker does not.

Strauss-Kahn and the Dancing Men

In the summer of 1999, Bob Woodward dropped in on a retired FBI official named Mark Felt at his home in Santa Rosa, California. During that visit, Woodward convinced Felt to publicly assume the role of Deep Throat

By any cursory examination of the facts, Mark Felt was not Deep Throat. Felt, in fact, had never been a “presidential aide” of any kind and was fifty-eight years “young” at the time of the break-in. Bob Woodward, however, had become desperate to close the books on Watergate.

The real Deep Throat, you see, had recently decided to run for high office. A few loose ends had to be tied down before the 2000 presidential election, so Bob made the extraordinary trip to Santa Rosa to cut a deal.

Against Them not only explains why Woodward tried to close the books on Watergate in the summer of 1999, but it explains how and why Alexander Haig, Bob Woodward, Donald Rumsfeld, and Richard Cheney used their bogus Deep Throat story to cover up the John F. Kennedy assassination in the wake of the Watergate break-in.

This is the book Americans have been waiting for since November 22, 1963...

An intriguing theory. Alexander Haig, Bob Woodward, Donald Rumsfeld, and Richard Cheney were all bad deepstate players. Ultimately though this sounds like yet another piece of late November JFK disinformation. Anything that deflects focus away from, or mitigates the roles of -- AW Dulles, DA Phillips, JJ Angleton, et al. -- seems dubious at best.
We’re in the upside down. 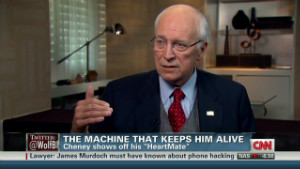 A few things about James Jesus Angleton and Dick Cheney. With the one that still walks among us back in the news.

After finally getting around to watching J. Edgar, author Gerald McKnight has a good take on Angleton and Hoover:

As far as Angleton is concerned his own self-entrapment with Golitsyn and his rapid paranoia about the Russians might have led him to believe that there was a KGB/Castro plot.

My take on this, for whatever its worth, is that Angleton and Hoover were to an extent soul-mates and looked out for each other. This despite the CIA/FBI fearsome rivalry. I think they both agreed to divert there respective agencies away from the Oswald in Mexico angle in the case and focus on the Soviets, probably realizing that it was a nonstarter deadend and therefore safe. I have some of this in the book. But look at the appropriate section in the Appendix (p.364) under "D." Indicates that Hoover pulled all his Cuban inspectors and investigators off the case because he was afraid of what they might come up with if he probed into the Mexican labyrinth.

Towards the end of the J. Edgar Movie there was a scene where Richard Nixon, upon receiving news of his death, orders Bob Haldeman to retrieve Hoover's files. Which brings me back to the op...

In his newly published memoir, Dick Cheney provides such an intriguing coda to his service on the House Intelligence Committee that it could been the opening of a Le Carre novel. He writes that in May 1987 James Jesus Angleton, the former head of CIA counterintelligence, requested an urgent meeting with him to reveal to him something of “vital importance.” He immediately scheduled it but, just days before it was to take place, Angleton died, taking the unconveyed message to the grave with him.

My guess would be that Cheney would not just leave it at that. Retrieval of Angleton's files and recollections most likely began soon after, or, given we're talking about Dick Cheney, shortly before JJA's untimely demise. BTW it sure is a coincidence that these guys (William Casey, William Colby, William C. Sullivan, Leo Ryan, Richard Case Nagell, Francis Gary Powers, George de Mohrenschildt...) tend to drop like flies just prior to giving potentially damaging testimony.

Angleton himself wasted no time in tracking down Mary Pinchot Meyer's memoirs.

...James Angleton, CIA counterintelligence chief, admitted that he knew of Mary's relationship with John F. Kennedy and was searching her home looking for her diary and any letters that would reveal details of the affair. According to Ben Bradlee, it was Mary's sister, Antoinette Bradlee, who found the diary and letters a few days later. It was claimed that the diary was in a metal box in Mary's studio. The contents of the box were given to Angleton who claimed he burnt the diary. Angleton later admitted that Mary recorded in her diary that she had taken LSD with Kennedy before "they made love".

Leo Damore claimed in an article that appeared in the New York Post that the reason Angleton and Bradlee were looking for the diary was that: "She (Meyer) had access to the highest levels. She was involved in illegal drug activity. What do you think it would do to the beatification of Kennedy if this woman said, 'It wasn't Camelot, it was Caligula's court'?" Damore also said that a figure close to the CIA had told him that Mary's death had been a professional "hit".

There is another possible reason why both Angleton and Bradlee were searching for documents in Meyer's house. Meyer had been married to Cord Meyer, a leading CIA operative involved in a variety of covert operations in the early 1950s. Were they worried that Meyer had kept a record of these activities? Was this why Mary Pinochet Meyer had been murdered?

After leaving the CIA in 1977 Cord Meyer wrote several books including an autobiography, Facing Reality: From World Federalism to the CIA. In the book Meyer commented on the murder of his wife: "I was satisfied by the conclusions of the police investigation that Mary had been the victim of a sexually motivated assault by a single individual and that she had been killed in her struggle to escape." Carol Delaney, the longtime personal assistant to Meyer, later admitted: "Mr. Meyer didn't for a minute think that Ray Crump had murdered his wife or that it had been an attempted rape. But, being an Agency man, he couldn't very well accuse the CIA of the crime, although the murder had all the markings of an in-house rubout." ...

http://www.squidoo.com/marypinchotmeyer
We’re in the upside down.